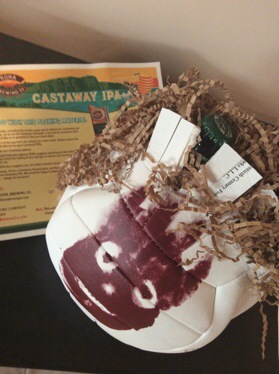 It’s not everyday that you get a hollowed out volleyball with two beers in it. But Kona Brewing has always been a bit creative with their beers.

And for some reason, they don’t get much craft love because they are part of a bigger umbrella brewing concern but they make solid beers that need to be appreciated on their own merits.

Castaway IPA pours a light orange color with a a bit of a foamy head that evaporates quickly. The aroma is fairly light as well. Some citrus with hints of bitterness to come.

The taste is pretty light on the IPA scale. I would call this more XPA or if current vogue is standard then Session IPA. Heavy on the grain taste. Which I like. Some faint citrus notes and a medium hit of hops to round it out. Not thin by any means, but lighter in body for sure. 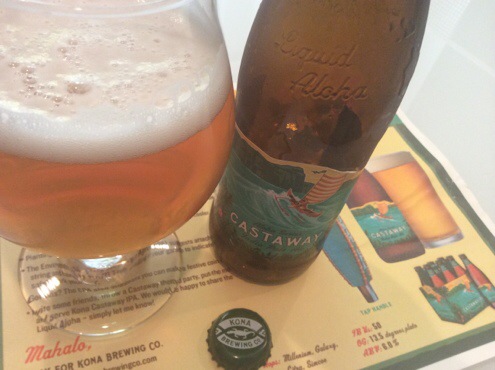 This certainly is more Hawaiian to me even though I have never been. It just has a tropical, sun up in the sky sort of flavor. I wish it had more Citra or something to name it fruitier, hop wise but this is another straightforward and tasty beer.