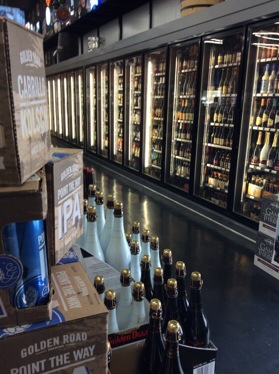 Part two of my Ramirez Liquor series. The newer and much bigger shop is very nice. Quite a change from the Soto Street location. Big wide aisles and one of the largest collections of beer that I have seen. And extremely well organized. All in an easy to get to location on Olympic near the 10 and 5 freeways.

If you are the indecisive type, this store will really exacerbate that problem. There is a long cooler aisle and an uncooled aisle with far ranging selections. And it is a good mix of local, California and foreign beers as well. I found an English organic Duchy Original from Waitrose and many others that I wanted to buy. Not a bad problem to have. 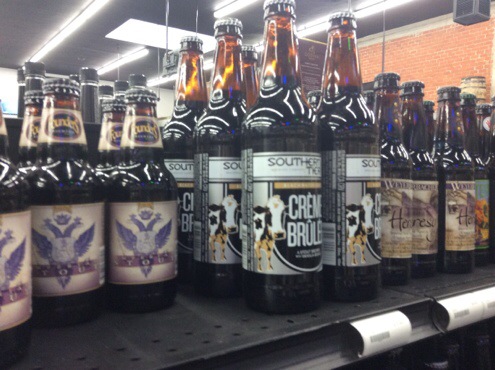 Now, I mentioned in an earlier post a concern. That concern is that I saw beers on the shelves from breweries that I am pretty sure do not distribute here. That raises warning flags to me because it puts other stores who are following the rules at a competitive disadvantage and also makes me question the supply route that some beers may have taken to get to L.A. Weyerbacher, Brooklyn, Terrapin and others are not normally for sale in these parts. I hope that everything is kosher on that front because, if so, this could be a great resource for rarely seen in Los Angeles beers.

The thing is, they have such a great selection that jettisoning those beers wouldn’t put a dent into the number of offerings and wouldn’t make it any less of a destination.

Count this as a qualified thumbs up. Buy what you know is distributed in L.A.