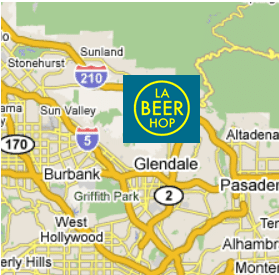 LA Beer Hop will have a bus roaming the valley starting on April 8th.

Burbank & Glendale are the specific cities with stops at the following: The Brewery at Simmzy’s Burbank • Verdugo West Brewing Co. • Lincoln Beer Company • Golden Road Brewing (You can sit this one out, take a breather) • Brewyard Beer Company • San Fernando Brewing • Henson

Tours depart every other Sunday at 1pm from the Burbank Metrolink at 201 N Front Street in Burbank.

Here is what you get and the cost, “The tour visits three breweries and includes a flight of beer at each place, bottled water, and as much beer info as you like. The entire event takes about four to five hours and the ticket is $69/person. Food will be available during each tour.”