Lookee here, a beer event, on this blog. These have been few and far between haven’t they?

Anyway, Paperback Brewing in Glendale will use three days to celebrate what has been a year for sure. So pick your day and check out their beers and their space if you are like me and haven’t actually been inside.

I think the boomlet of Cold IPA may melt away but here is another take on the sub-style from Glendale’s Brewyard Beer Co. Pro Tip – Find the Wayfinder originator of the style and try side by side.

Shoots of beer growth are starting to happen again! First up is a name I have been talking about for some time, Paperback Brewing in Glendale which is right near The Glendale Tap. They teased on Instagram the date of 7/3.

Second, it appears that the Glendora location of Smog City is on track to be open sooner rather than later as well.

Make sure to look for any instructions either place will be needing you to follow and be super nice to these people who have been through a ringer already.

Apologies in advance. I have been teasing Paperback Brewing for quite some time now but this maybe the cruelest one. Now doesn’t the above look pretty? Now all we need is for this damn virus to vamoose so we can all safely enjoy their Glendale beer.

I think that if I tried to bowl now, I might lose a thumb to the ball as it rolled down the lane but if you are into the strikes and spares then the Jewel City Bowl has a bowling league that also has local beer flights. Check out the info HERE and see if you want to get a team together. Of drinkers or bowlers.

Last year, I put Paperback Brewing on the radar of readers and then, well, nothing really happened. I mean there was probably forward motion but nothing really concrete. Seems like 2020 might hold more news on this Glendale brewery….

Taking a walk on Condo Corridor (aka Central Avenue) in Glendale, I saw this…. 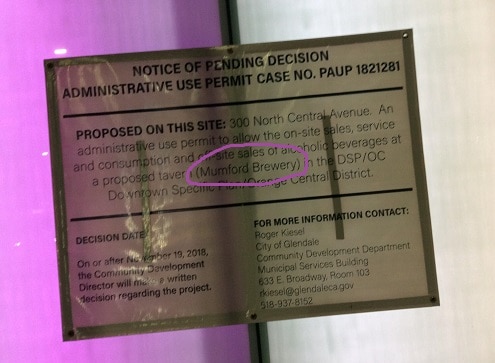 If what is inside the circle is correct, DTLA’s Mumford Brewing will be opening up in my city. With the closing of the Pacific Plate taproom which was not in Downtown proper, Glendale was falling behind in the beer race. But finally, the retail space that was considered a value add for these condos and that has been mostly empty may finally be tipping into being slowly (ever so slowly) filled.

With a Laemmle Theater branch that serves Brewyard Beer and now Mumford, things are looking up.

I have only tasted beers from Reel Brewing once. They were sub-par and since I have not seen them around either on draft or on store shelves, they were out of sight and mind.

But recent Instagram activity, shows that they are building out in Van Nuys near MacLeod and are also planning a location in my Glendale. 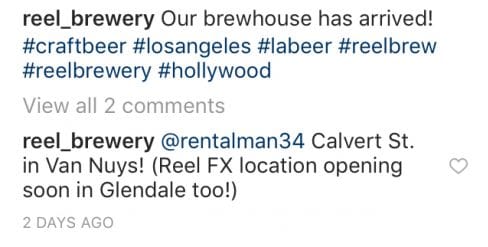 Hopefully, the beers have improved over time. I will keep you posted as to further news. 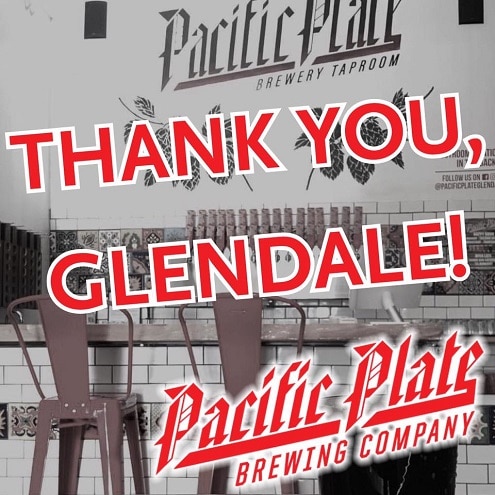