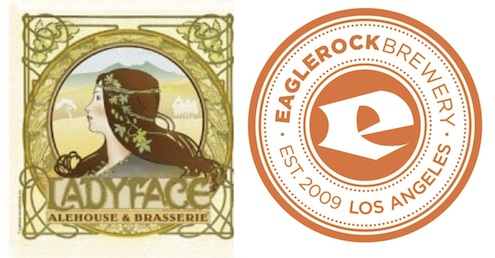 First is the one day event for Eagle Rock Brewery

“...lots of special beers on tap, including ALL of our previous anniversary releases and some super special casks. Aaaaand, of course, it wouldn’t be a proper celebration without having another beer to add to the family of anniversary beers (while they last). Come on out and taste White Rabbit! It’s our 4-year anniversary release so be here for it’s debut!

The deets? Admission is $20 and includes 4 beers (additional drink tickets will be available for purchase), an amazing time with some special beers, and a commemorative anniversary glass for you to take home, and a raffle ticket to get some Eagle Rock Brewery or Keep A Breast shwag. **A portion of the proceeds from the day will be donated to the Los Angeles Brewers Guild and Keep A Breast Foundation.

We’ll also have some GREAT food trucks at the brewery that day!”

…and don’t forget to spend one day, or how about a week! at Ladyface. They have their 4th as well!