Eagle Rock Brewery is one of the standard bearers of the L.A. beer scene and they are now turning 8 and celebrating in hazy style! 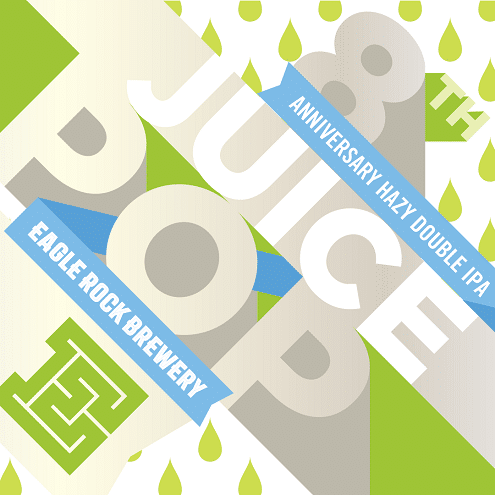 Here are the initial plans for that day….
“And you’re invited to the party! Since we’re considered “so old-school” now in the exploding beer community in LA, we’re gonna celebrate with an old-school luau from 12p-6p on Sunday January 28, 2018. We’ll be serving up a whole roasted pig, offering a bunch of super-special beers on draft, AND releasing our 8-year anniversary beer! Juice Pop (hazy double IPA) will be released on draft and available in 4-packs of 16oz cans that day.”