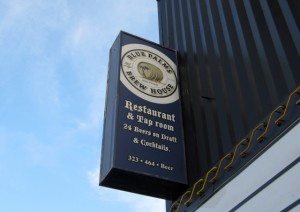 The craft beer scene in Los Angeles had an eventful weekend. First, the news that Angel City was now owned by Alchemy and Science and then following that the distressing news that Blue Palms Brewhouse might be forced out of their location through no fault of theirs.

Thankfully, the beer community has rallied to the aid of one of our favorite beer spots and the new landlord has given a three day extension to work things out after seeing the outpouring of support. The hope is that they won’t have to close down and find a new location after building such a loyal clientele in the Hollywood community. 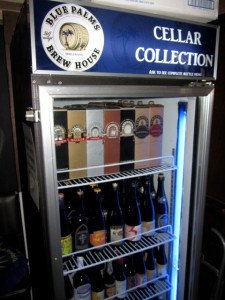 I was there last night because, if it was the last day, I wanted to occupy Blue Palms one more time. I ordered up a Sierra Nevada Beer Camp beer called The Dude. A cherry accented brown ale. Quite nice and fitting since the first Beer Camp beer that I ever had was at this spot. It was good to see a large crowd there including the Steeler fans who were not having a good day. 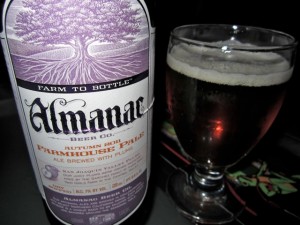 To stay in a celebratory mood, I cracked open an expensive wish list beer. Almanac 2011 Plum Ale. It was good and lived up to the price and my high expectations. I have now added their Blackberry beer to my wants/needs list.

If you haven’t paid your respects, I strongly suggest heading over on one of these three nights to show the powers that be that a new agreement would be beneficial to everyone.