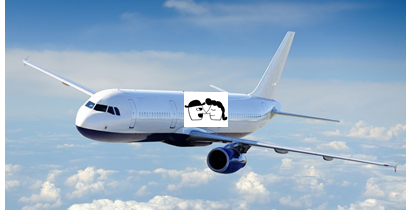 Now this is a cool idea. Mikkeller teamed up with SAS Airlines in taking a beer tasting to the sky. Probably not going to happen when I fly Southwest to NYC but in a traveling world where getting one decent craft beer on a flight is becoming less hard to accomplish, it is high time to keep pushing.

What would really be cool would be to try and test the beer before taking off. Take your notes and grade the beer. Then find your seat onboard and try again at higher altitude and speed and see if the beers taste the same.

I have read many articles on how taste is affected when you are airborne and it would be a fascinating to see if it applied to beer, and if so, how much. Would an IPA be less hoppy and more malty? Would a saison’s subtle notes be lost? Would one beer “win” a taste testing at the terminal but “lose” when you are scrunched into a coach seat?