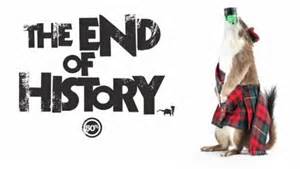 Some of you may remember the lovable little feud that led to ever escalating ABV beers including Brewdog’s End of History which got up to 55%. A number considerably higher than the bottles of beer that were released.

Now the End of History returns as the first beer brewed at the upcoming American Brewdog brewing facility in Ohio. Quite possibly as a nod to the fact that Ohio recently repealed a law that prevented beer over 12% ABV to be sold in the Buckeye state.
Even though it will be brewed here, the rarity of it will probably be just as high depending of course on if they decide to used taxidermy specimens this time around.