The BBC podcast arm, aka Sounds has a new multi-part podcast out about the Punk culture at BrewDog that isn’t all its supposed to be, to say the very least.

Click HERE to give it a listen. I have finished all six episodes and you will not look at BrewDog or James Watt the same again.

There are a lot of collaboration beers out there. I write about many, usually where the beer is not what you expect but in this case it is the partners that you may not have seen coming.

Scotland and Belgium collide with this new beer from La Trappe and BrewDog. May not be one that we see stateside but be on the look out.

“Introducing MMXXX 10 yr aged ale: designed to be opened on 1/1/2030 to either celebrate, or commiserate.

Brewed to honour those commitments needed to stop the climate crisis. What you’ll be drinking to in 2030 is down to humanity. Sounds pretty damn sci-fi, but, the next decade is crucial – we need to cut global emissions by 45% in order to save our planet.

Come New Year’s Day in 2030, this beer will either be a celebration of humanity coming together to achieve that reduction, or we’ll be drowning our sorrows faced with an impending apocalypse. Thanks for joining our environmental fight and we hope we are celebrating together.”

Back to the Alcohol Free brewed in Columbus , BrewDog AF beer reviews. Who will win the crown?

I start the second set of beers with their most widely known near beer, Nanny State. A beer initially brewed to make a point about bar regulations and drunkenness.

Now, the can does not have the style on it. Without Googling, I guessed hoppy ESB or hoppy brown. Turns out it is slotted into the pale ale category. I get much more of a hop tea flavor profile here. The hops are dialed up a bit which helps make this one taste the least thin and watery of the group so far. Dare I say it is the one that is closest to tasting like a real beer.

Similar to the Elvis AF, this has a big grapefruit aroma and that’s flavor follows through into the first sips. Crisp at first. Almost a salty tang to it as well before it fades into a wet finishing mouthfeel. Little bit of pine notes tucked into this as well. Going on the, “Does this taste like beer” spectrum, it is closer than the group one beers. And closer than Nanny State which had more of a tea note to it.

Finally we get to the lone dark beer in the portfolio. Wake Up Call, subtitled an All Day Coffee Stout. It has a really nice fresh brewed aroma and the taste is lime a subdued cold brew without the acid bite you get from that form of coffee. Still a bit thin at the back but overall could fool one into thinking it is a session coffee beer.

That just leaves the ranking:

Don’t fear. The AF, in this instance, means Alcohol Free. Though maybe, BrewDog means both. I received a cornucopia of AF beers and in this post will cover one half.

I start with Elvis AF and the moment that I pop the can, grapefruit aroma flies out. This is like smelling straight up grapefruit juice. I almost expect that tartness to arrive any time now. It is quite thin tasting on the back end, tempering my enthusiasm as you get a tea like tannin third act. I can tell it is low alcohol by that finish but it is bold up front which I appreciate.

Next is Hazy AF and it looks the cloudy part. It starts off in the pillowy fashion but then makes a hard turn into mostly herbal notes and that same thin finish that I had in the previous AF. Almost as if the remaining bitterness had nothing to but up against.

Last in this group is the Punk AF. This one has a mellow citrus character and so far is the one without a big flavor component to balance out the thinness and the herbal end that I find in so many Alcohol Free beers. I just don’t get a specific hop note that I wish I did.

In group 1, my clear winner is the Elvis. The next group has a coffee beer and a collaboration so we will see how the six rank then

Back in the day, there were some weird gimmicks / marketing / boundary pushing beers. And one of the weirder chapters in the craft beer history book was the high ABV battle between BrewDog and Shorschbrau. Scotland V Germany to create a beer higher in alcohol than some spirits.

There was Tactical Nuclear Penguin at 32%. Then the Germans countered with their Bock at 40%, BrewDog came back with Sink the Bismarck which tipped in at 41%. The Bock returned at 43% before The End of History arrived at an eye popping 55%.

All that is preamble to the fact that the two breweries have joined forces (via Zoom) to create a new beer. More news on what it will be is coming.

The low ABV craze seems to have given way to a current wave of Low Cal – Low ABV IPA’s (hence my featured reviews this month) but there are still pushes in the N/A arena. BrewDog, no stranger to experimenting on either end of the ABV spectrum have gone the collaboration route with Lamb of God (honestly don’t know who they are and fear what Google will do if I type that in). I like the label art though I don’t know that it screams N/A.

Dope & Dank are taking a big step.  With assistance from BrewDog and the Scottish brewers Development Fund, the duo of Teo Hunter and Beny Ashburn who many of us in Los Angeles have run into at festivals or had their collaboration beers with the likes of El Segundo Brewing, are going into the beer business.

Crowns & Hops will be their new beer brand based in Inglewood but with BrewDog brewing their roster of pilsner, stout and (of course a dank) IPA.  The line-up will be produced in both the Columbus, Ohio facility (the closest BrewDog is to LA) and oddly in Scotland as well.

D&D are also going to crowdfund $75,000 with a campaign set to premiere on March 6th. It is an interesting time to enter the brewing game with growth slowed and even more interesting to enter in Inglewood which is experiencing some real real estate problems with the forthcoming NFL stadium project making land expensive and scarce not to mention two breweries already in town, one of which has Canarchy Collective ties to draw on.

Now they just need to make beers as dynamic as they are and I am sure that will draw crowds.

UPDATE: The crowdfunding has started and seems to be more slow and steady climb. Perhaps crowdfunding fatigue is real. Will be interesting to see how this campaign unfolds over the next 31 days. 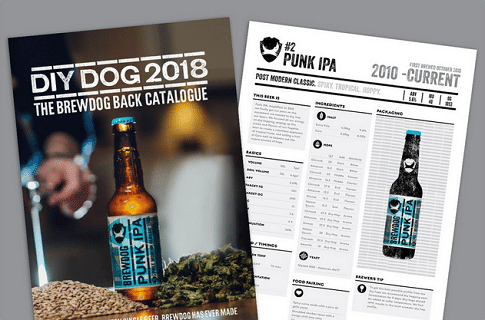 For those home brewers out there who like to compare their work to the pros or who like BrewDog beers but can’t get them. Now you can with 63 of BrewDog’s recipes.

“A decade in the making, DIY Dog was one of the best things we have ever done. Every single BrewDog recipe released, for free, to the global homebrewing community who have supported us since we began all those years ago. Hundreds of prospective brewdays, laid out in black and white. Just add malt, hops, water and yeast. But time moves on. Luckily so do we.” 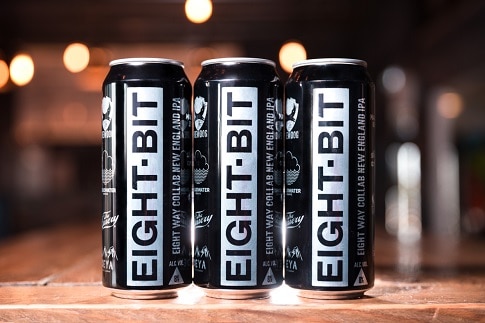 Why collaborate with just one or two breweries when you can bring 8 to the table.

“…each of the eight breweries selected a hop to go onto the brewsheet. Magnum, Mandarina Bavaria, Chinook, Hallertaur Blanc, Citra, Nelson Sauvin, Mosaic and German Comet.” and the brew comes in (somehow) at 8% ABV.

This one you will have to hunt for.