With the recent spate of breweries opening hither and yon here in the L.A. Metroplex, it was time to check out some new places.  To make things easier for the reader, I will address the same topics at each brewery from what I had (which is the most important), the ambience and what the potential looks like. 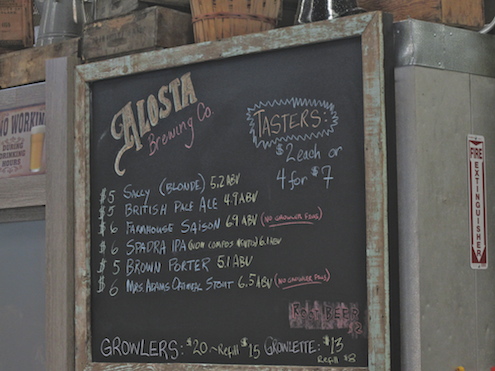 What did I have? – A sampler tray of the last 5 on the list.  The last two that I tried were the strongest of the group with the Brown Porter coming in 2nd to the Oatmeal Stout which had a pleasing silky mouthfeel to it.  Unfortunately, the remainder were not up to my snuff.  The IPA was especially disappointing with a soapy sort of non-hoppy taste.  The Saison and the British Pale were fine but a taster was enough.

Ambience? – Nice big space.  Plenty of seating and a view of the brewery that looks to have some room to grow.  A little on the antique side but I like the big banner with the logo on the wall. Another plus is no TV.

Potential? – Plenty.  Minus the IPA, the beers can become , with tweaks, really solid.  Saw some barrels  in the back as well, so maybe there will be some special releases down the road. 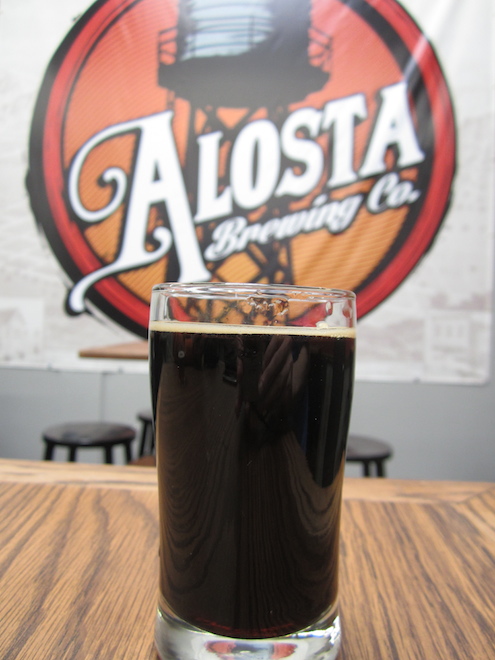 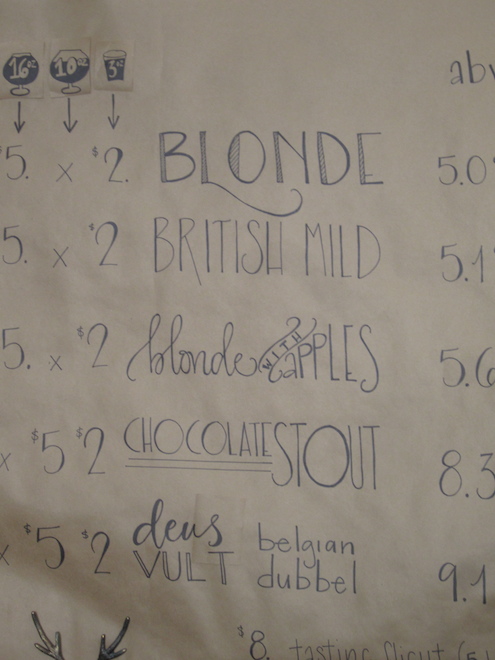 What did I have? – A sampler tray of all six beers they had.  The Dubbel was very nice.  Glad to see one on the menu.  The Chocolate Stout was also tasty.  Nice milk chocolate notes.  The Blonde and apple Blonde were so-so.  The apple blonde needed to be differentiated from the regular either by making it drier or amping up the apple.  The British mild came out way undercooked.  Very wort-ish.  And the IPA was also not right.

Ambience? – Located in an old packinghouse amidst an artist colony, this spot was great.  What I expect from a brewery tasting room.  Lots of wood.  Again no TV which is a plus.  Good amount of seating and a brewery dog too.  The benches were a bit wobbly though.

Potential? – Sanctum had the widest quality swings for sure. But they are really new and still working on the first batches so time should make the beers more consistent across the board and if the dubbel is an indication, it could really take off. 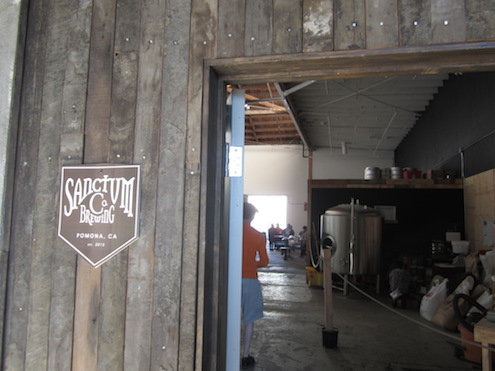 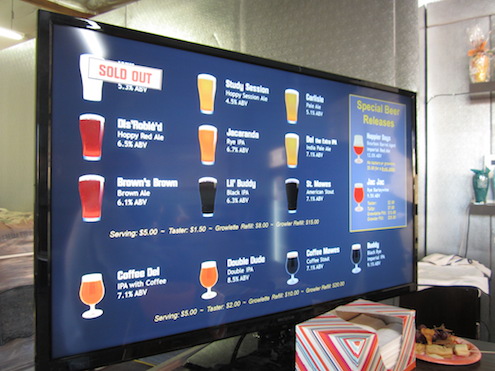 What did I have? – A sampler tray of all six beers beers in an actual tray!  Now, this is it.  This brewery is the oldest and it shows.  They have a wide variety of beers and all were consistent.  The special releases won praise from my partner in touring, Richard and I thought that the coffee beers were really well done and tasty.  The Jacaranda Rye was also a standout for me.

Ambience? – This is a proto-typical Cali brewery spot.  In an industrial park, a bit warehousy with a roped off parking lot patio.  Big TV was at the ready for a certain football game.  But the place was packed.  Food was available from a sort-of food truck too.

Potential? – I don’t mean to be too Pollyanna-esque but I think they could pull fans from LA.  Solid stuff all the way around. 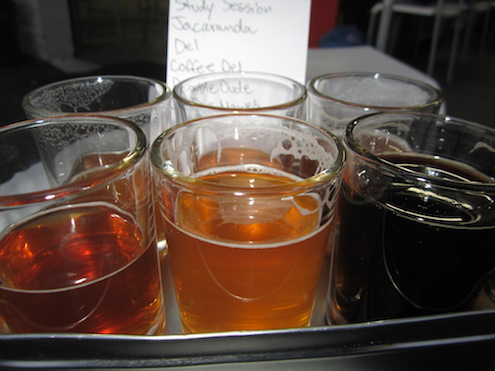