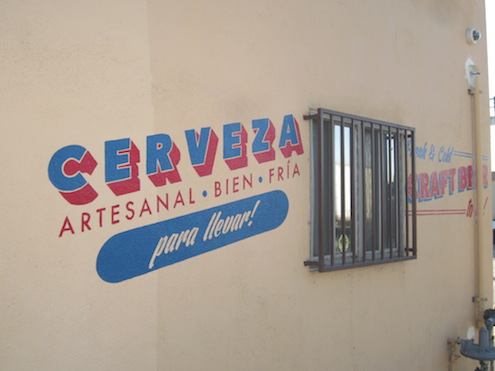 On the opposite side of this sign, is the entrance to Federal Brewing who have been open in South El Monte for a mere 6 weeks and are already busy and trying to keep up with demand.  I headed east from Glendale (where one of their beers, Guerra was on tap at the Glendale Tap) to their brewery on a recent hot November afternoon.  I had a sampler tray of their available offerings ranging from their blonde, wheat, amber and an Imperial Red IPA. 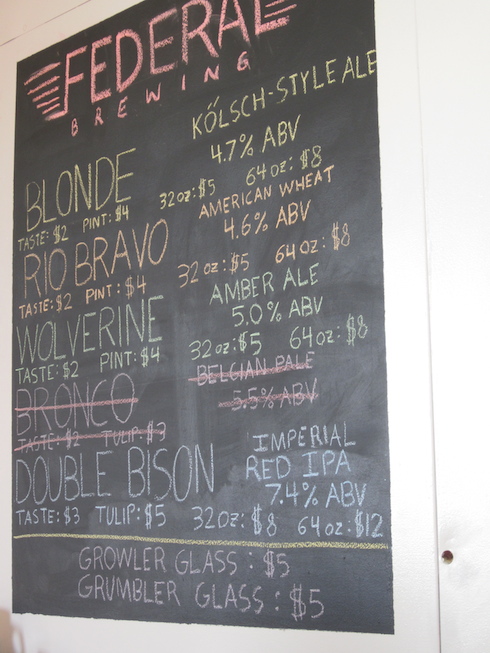 The El Dorado hopped Double Bison had the name and hop power that intrigued me the most but the plain named Blonde was my favorite of the group.  Nice and crisp.  Brewed with Sapphir hops and very refreshing.  The Wheat ale – Rio Bravo could have used a touch more wheat but was again enjoyable.  The Wolverine Amber was my second favorite.  Strong with a slight nut taste to it.  Another easy sipper and a blast to the past when microbreweries roamed the earth and had to brew ambers as flagships.  The Bison X2 looked great but had a lacking of aroma.  Earthy and smooth but lacking a bite.  Had a honeydew melon taste going on that I could have used more of. 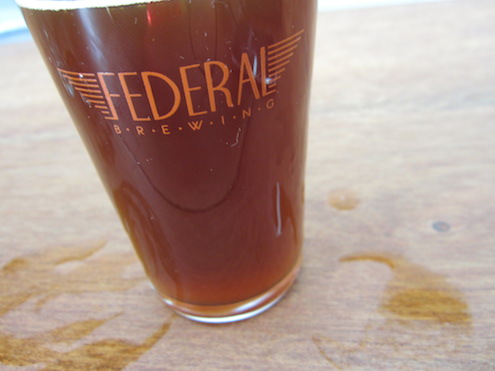 They have short hours except for Friday and Saturday when they are open from 3pm to 10pm.  Monday, Thursday and Sunday they are open from 3pm to 7pm.  And if the amount of growlers and grumblers is any indication, people know where the brewery is and are buying.  The tap room is spare but the vibe is friendly as are the two folks in charge, Kevin Ogilby and Diego Benitez.  They already seem to have regulars.  That speaks volumes to me.

If you can’t get to them during operating hours then try Rose City Pizza up the road in Rosemead or check the Glendale Tap.  They are too small as of yet to be much wider.