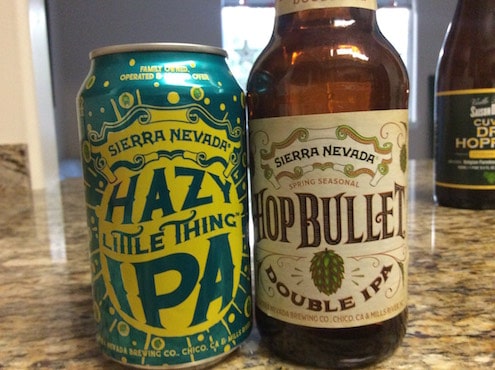 Sierra Nevada does not stop when it comes to hops. And thanks to Sunset Beer Co. selling singles, it is easy to cheaply taste test among their offerings which I did in November as well. Let’s check the two out…

Hazy Little Thing
Seems pretty clear to me. The aroma just popped out when the can was opened. Lots of orange soda taste here. Soft pillowy texture. Candy-esque

This is a hard call. Both beers are as advertised. The way-too-early “Spring” moniker is minus points but the HLT is just too tilted to a candy flavor that is a bit much for me. I say go old school and bite the bullet.