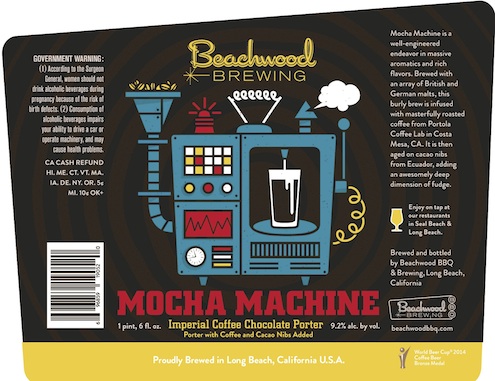 The 9.2% ABV brew is described as thusly, the “porter—which took home the 2014 World Beer Cup Bronze Medal in the Coffee Beer category—is brewed with an array of British and German malts and infused with masterfully roasted coffee from Costa Mesa California’s Portola Coffee Lab. Then aged in cacao nibs from Ecuador, this burly brew finishes with a dimension of fudge awesomeness.”

Plus the label is pretty cool. And you won’t see many, so grab if you can.