Firestone-Walker has gone all out on two events that you should really ponder attending. They have grabbed some seriously great breweries. (Some of which do not venture to California). Read the descriptions below and start drooling.

“From the Barrel will return for the second year at the Historic Santa Margarita Ranch and will feature some of the best barrel-aged beer in the country as well as Ports, Bourbons and great local food. The event is March 30th and tickets are on sale now at fromthebarrel.net. Breweries that will be there will be Russian River, Jolly Pumpkin, Crooked Stave, Lost Abbey, Ballast Point as well as Firestone Walker. This is a prohibition themed event that was very well received in its first year. There will be even more this year with the inclusion of more Bourbons and a beer cocktail station run by the Beer Wench herself Ashley Routson.” 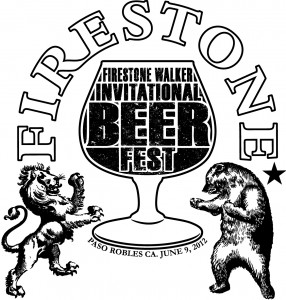 “The Firestone Walker Invitational Beer Fest will be making its debut on June 9th and will feature a TON of great breweries. In partnership with the Pioneer Day Committee we decided to put on a world class beer event in the middle of wine country. We had a dream list of breweries that we could get to attend this and sent out the invites and to out surprise and pleasure they pretty much all said yes. We have breweries from all over the country and some from overseas as well some of whom have never poured their beer in California. Visit Firestonebeerfest.com for all of the info and the full list of breweries. Tickets will go on sale February 10th.”