I have to admit that I was skeptical about the Sonic Foamer. I am wary of beer gear that promises an improved beer tasting experience. My radical enjoyment plan is to enjoy the beer.

And getting the Sonic Foamer up and running did not help matters. First, it requires six AA batteries. My Apple mouse and keyboard need four between them. Anything over two should be given an electrical cord. End of story. The battery cover requires a screwdriver as well.  The next design flaw is the on/off switch being on the bottom. Put it on the side people. Especially considering you have to put two teaspoons of water on the top. Which leads to the next issue.  Now your glass is wet. 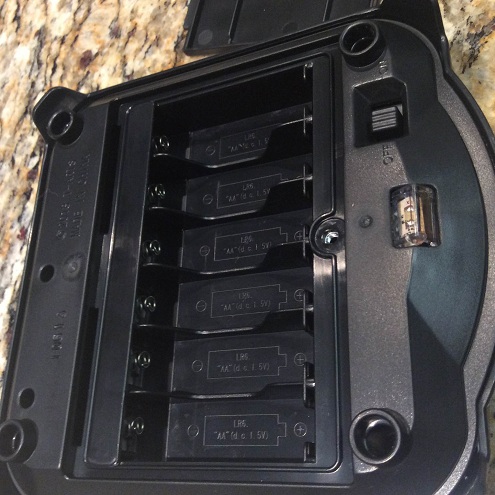 I know this sounds petty and trivial but design is important. A light at the bottom does not eradicate other design flaws no matter how many colors it can become. After all of this mini-hassle, I put the shaker pint on the conducting plate with the water. I had two different beers for the experiment. A session IPA and a Festbier. Hoppy and malty. I smelled and tasted each before and after the hot foaming action.

To my pleasant surprise, the Sonic Foamer worked. Each beer was noticeably more aromatic after a few button pushes. Watching the bubbles flow upward and new foam being created was quite cool. I would use it at the halfway mark of drinking to freshen up the beer in the glass.

Since aroma is so important this tool helps to teach that lesson. Take one sip midway through your beer, foam it, then taste again. How did the beer change?  Did it change for the better?  I could see this helping with 22oz bottles that might have lost a little luster.

If you, as a beer drinker, are fond of beer educational items.  This might just be one to showcase the power of aroma on beer.

One Reply to “The Foam is Sonic”