Tomorrow on FoodGPS, I re-visit Stout. It is a burgers & craft beer spot that started in Hollywood and has an outpost in Studio City with two more locations in Pasadena and Santa Monica coming soon. 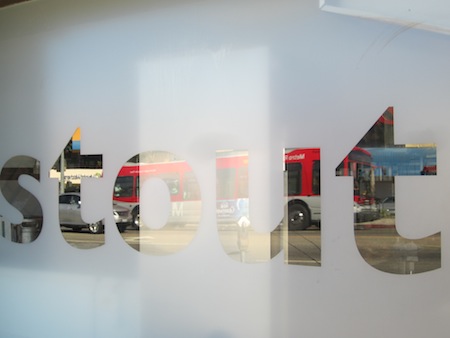 So, if you haven’t been to Stout in awhile, read my post and check out Stout’s pairing beer with food tips and consider making a visit to the Studio City outdoor patio and watch the traffic flow on Ventura Boulevard while you enjoy your lunch or dinner. 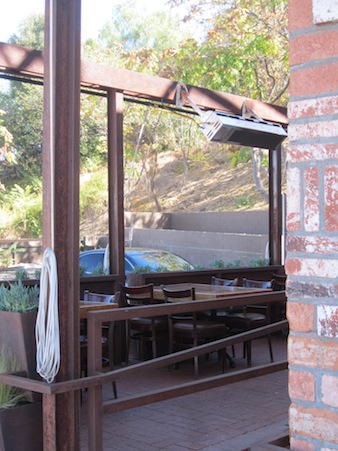 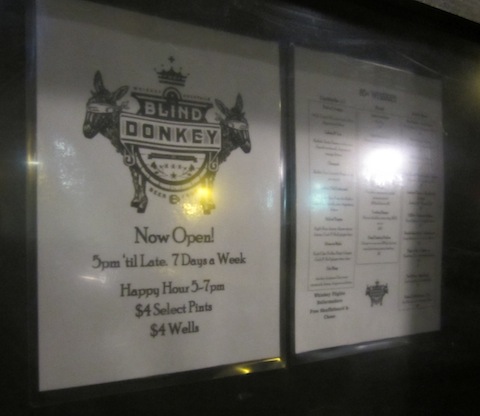 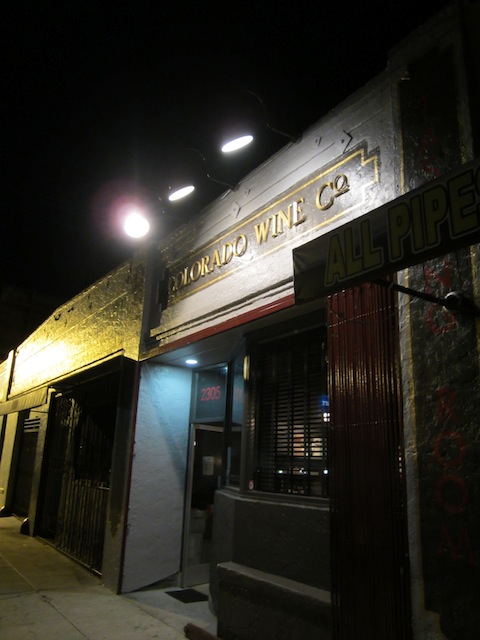 My L.A. Beer Week kicked off in Pasadena at the brand spanking new Stone outpost. An event so popular that they extended the event by a couple of hours to accommodate all the folks who wanted to get a first look at the arrogance. 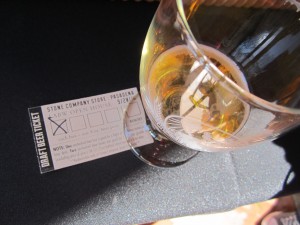 Upon entering the Del Mar station of the Gold Line. (Yes, it is literally steps away from the train), I got my customary “bracelet” and a ticket for (4) beers and food. Now I could have saved some of the boxes for a growler fill or a tasting flight at a later date but I wanted to try the special beers that had come up from Escondido. 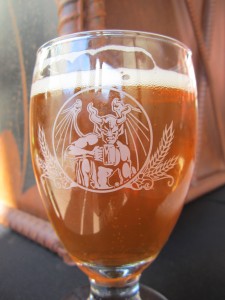 I started off with Ruination dry hopped with Motueka hops. This version tasted softer to me. Which is a good thing. I did not need to have my palate “ruined” one beer in. It still had a hearty kick of bitterness, don’t get me wrong, but a little more fruit notes rose to my attention. 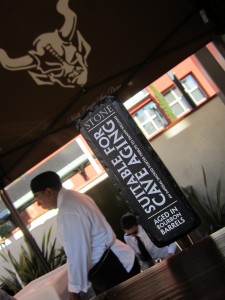 Faithful readers of this blog will know that I prefer the lighter side of beers and I generally disdain the cult of the imperial stout but the beer that I was looking forward to the most was a big beer. Suitable for Cave Aging was created in honor of Danny Williams who passed away this year. He was one of the quirky legends of the craft beer world and I don’t know what his style preferences were but this beer was quite nice. Strong but not overpowering bourbon notes. A little sweetness. Overall a good after dinner sipper. 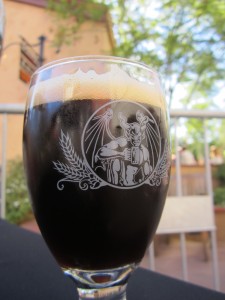 The other beer of note was an espresso bean version of Sublimely Self-Righteous. That coffeehouse aroma was in evidence but it faded into the beer which was more malt driven than coffee or chocolate. But it went really well with the beer cookies that were offered.

“Every month beginning in September, Brewmaster Dave Larsen invites fellow beer aficionados to join him for an evening of good food, brews and beer-centric conversation. The kickoff menu features Whole Roasted Mary’s Chicken with Dave’s secret marinade, garlic mashed potatoes & roasted seasonal vegetables in addition to tastes of Haven Brewing beers as well as other craft brews from around the country. Dave will discuss the beers served and answer any and all questions about beers and brewing.”

The first of this monthly series is Sunday, September 9th at 7:00 pm but there are only 12 seats available per dinner available at $25 per person. 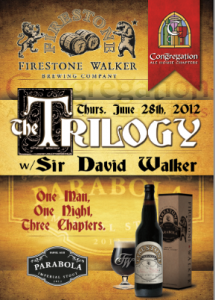 Not only did Firestone-Walker put on a great show (from all eyewitness accounts) at their 1st beerfest. Not only are they expanding tanks but they are on the road and bringing their beer to L.A. Last week I mentioned an event at the Federal Bar in North Hollywood and now more traffic to wend their way through….

Join us Thursday, June 28th at All Congregation Alehouse Chapters as we celebrate the latest release of Firestone Walker Parabola.

Sir David Walker will be the first to host a Chapter neer event at all 3 Chapters in one evening.
Join us at 6PM in Azusa, 8PM in Pasadena and 10PM in Long Beach!”

I have not been to many of the new L.A. area craft beer locales that I have been meaning to check out. I am speaking of Kings Row Pub in Pasadena as well as Certified Market which was mentioned earlier this month…. 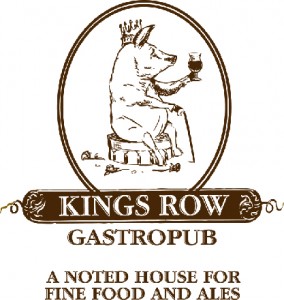 If anyone out on the interwebs can give me a review of either place, I would heartily appreciate it! Kings Row seems to be doing a heckuva lot of events with good people like Firestone-Walker and Eagle Rock Brewery. 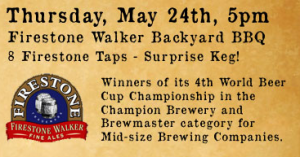 There will also be a SURPRISE CASK ALE flowing from a hand pump that Firestone Walker is bringing especially for this momentous night.

BBQ Menu
We’ll be serving a Firestone Walker inspired BBQ menu, including the

“Juicy Dolan” – named For Firestone’s own Cathy Dolan – This Port Salut Stuffed Ribeye Burger is topped with all the fixin’s including a proprietary Firestone Walker Double Barrel Ale BBQ Sauce!!!

Summer Solace Salad – which is a stone fruit salad topped with a Solace Vinaigrette.

The Sloppiest Beef Po Boy that You’ve Ever Eaten rounds out the menu for the night with Slaw and Grapefruit Union Jack Reduction Sauce.

On Thursday night, I ventured two towns over to Pasadena to the bustling Congregation Alehouse in Pasadena. (The newest chapter of the three strong alehouses) for TAPS night with brewmaster Victor Novak in the house.

Here are some photos of the night….. 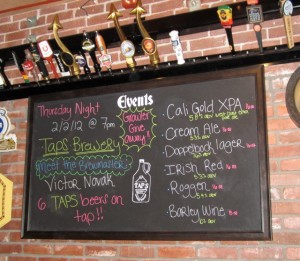 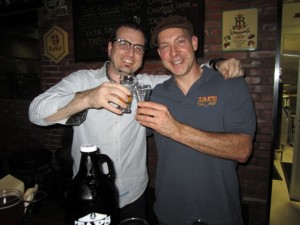 Travis from Congregation with Victor 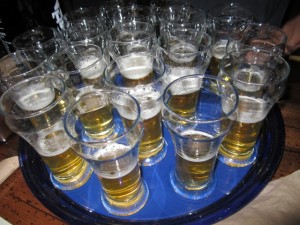 My favorite beer of the night. Crystal Pils. 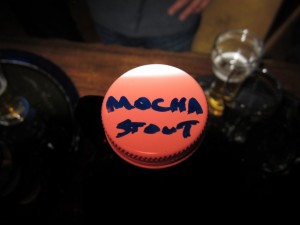 My second favorite of the night was the coffee aromatic Mocha Stout. 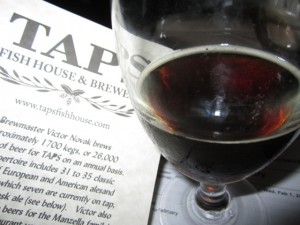 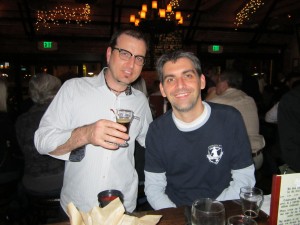 Before the beer revolution struck Los Angeles, One of the few places that served good beer was Lucky Baldwin’s in Pasadena. Truth be told between them and Crown City and Craftsman. Pasadena was the place to be for beer.

Now Lucky is in three spots. Old Town, Sierra Madre and now the Trappiste Pub near Pasadena City College. The last being my favorite of the trio.

So to whet your appetite before you visit, here are a couple of arty brew shots from the third Baldwin……