Last Saturday, I got to taste along with a hundred others, 8 examples of coffee beers at the Pasadena outpost of Intelligentsia Coffee. 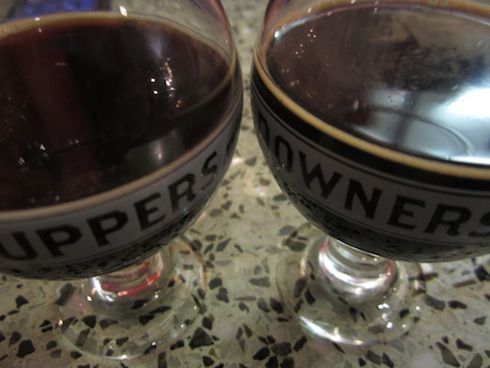 The event was titled Uppers & Downers and was brought here via the the beer website Good Beer Hunting.  We started and ended with Stimulus from our own Eagle Rock, in two different versions.  Regular and fully leaded with a shot of Intelligentsia espresso!  Both were my favorites of the night. Primarily, because both were coffee forward in comparison to most of the other offerings which were more coffee accented. 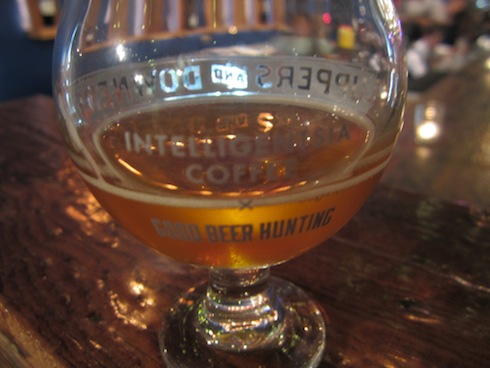 In between, beers from Goose Island, Angel City, Stone, Firestone Walker, Port all made with varying degrees of coffee were poured as the brewers or brewery reps extolled the process of adding coffee to different styles of beers.

But the most anticipated by the crowd was Dark Lord from Three Floyds. 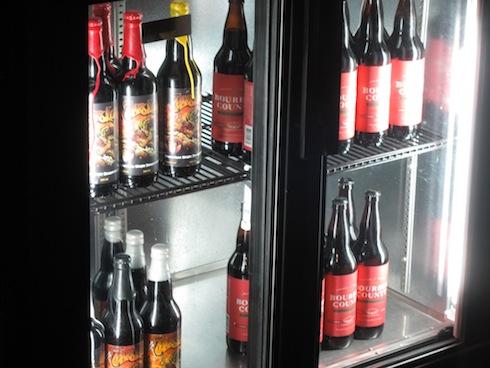 Multiple vintages of the famed beer were in bottles, randomly my beer companion Richard got 2008 and 2010 which we shared and disagreed over which year was best.  I preferred the older because it had an additional “jammy” note that added to the wallop of sugar whereas the 2012 required a dental visit, it was that sugary.  Gotta say that this beer is quite over rated in my book.  I would go with Zombie Dust or Robert the Bruce or (name a 3 Floyd beer) before Dark Lord.

My anticipated beer was from Solemn Oath in Naperville.  I had my first beer from them on my Chicago trip and enjoyed it.  Less than a week later, I was having their None More Than Black, black IPA and talking to the brewer while enjoying it.  It took home my second favorite of the night award.  Of which there is no plaque.

The event had a nice showing and the venue worked as coffee practically hung in the air.  Mitch Steele from Stone and David Walker from FW talked with me for a bit, if I can be allowed to name drop.  Plus the assembled brewers regaled the crowd with their take on mixing coffee and beer.  The beer was fairly easy to get with minimal waiting which is a good sign for a new event in a space not primarily used for beer service. 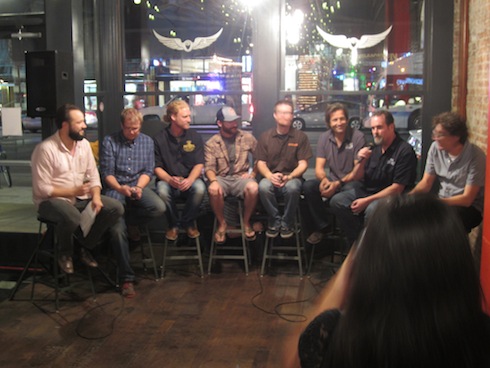