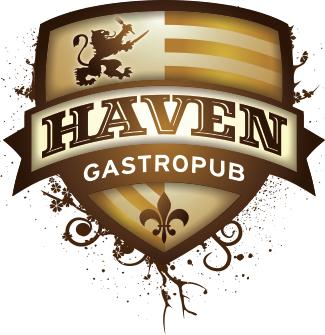 I guess February 9th is Haven Day as two big announcements come from the OC and Pasadena outlets.

“Haven Brewing has announced the addition of Head Brewer Brian Thorson to its team, based at Haven Gastropub +Brewery in Pasadena. Thorson, who has produced many acclaimed beers at noted Northern California craft breweries, Drake’s and Trumer Pils, will now oversee all production of Haven Brewing’s small-batch, house-crafted beers. Thorson will help define Haven Brewing’s core brand by working to create base beers as a reference point for all future brews. He will be focusing on a range of styles, with emphasis on sessionable beers.

“Haven Brewing’s unique set-up within a full-service restaurant really opens the door to so many ideas and possibilities,” commented Thorson, who resides in Arcadia with his family. “For the majority of my career, I’ve been punching out beers at production facilities, now I’ll be able to better see how beers go with the foods they are served with. I’m already inspired to try different things.”

Thorson has been involved in producing many noted craft beers still available and praised today. Over his five-year stint at Drake’s Brewing, he was responsible for creating Hopocalypse in 2008, an Imperial IPA (9.3% ABV, 100+ IBUs). Thorson created it to, in his words, “blow off some steam” after the monotony of running the bottling line and toiling with all the brewing and cellar operations wore thin.

“You’ve got to have those ‘fly by the seat of your pants’ brews every once in a while to keep the blood pumping and also keep you from going insane,” Thorson explained. “All of the barrel work kept me on my toes, but also allowed for a lot of creative flexibility. I was lucky enough to have a number of different projects going on, so I got to see a range of different beer scenarios at any given time.”

“We are optimistic about Haven Brewing’s future with Brian at the helm. We have the utmost respect for Brian’s accomplishments and contributions to the world of craft beer – outside of Hopocalypse, he was responsible for the revamping of Drake’s Aroma Coma summer seasonal IPA in 2011,” commented Wil Dee, Partner at Haven Brewing. “What makes a brewer like Brian so valuable is his passion for the craft, supported by his tremendous industry experience in dealing with crisis situations, like the hop contract changes a few years ago, and being able to be flexible and remain focused.”

First Golden Road snags a new head from points north and now Haven is raiding that tradition too.