Next up in my beer travel in SoCal wish list is Gamecraft Brewing in Laguna Hills.

And here are some taster tray picks…

Piranha Plant – “hop forward pilsner, brewed and dry hopped with German noble hops, Opal and Saphir. Notes of citrus, orange blossom, and red berries with underlying tones of herbs and spices. A plant with a bite.”

Otaku – “Like American-style Lagers, Japanese Rice Lagers are brewed with rice in addition to barley in the mash. Rice provides fermentable sugars for the yeasts that produce alcohol, while keeping the beer light in color and body. Hop bitterness is low but mildly perceptible, providing a balance to the grain sweetness. Crisp and refreshing, with a slightly dry finish.”

Face McShooty – “West Coast IPA, with a very simple malt bill to give a foundation for the hops. Amarillo, Ekaunot and Simcoe. Notes of citrus, peach, pine, orange, grapefruit and pineapple.”

First we travel north to Oxnard and Wagon Wheel Brewing. Opened in the auspicious year of 2020.

Switch Back IPA – “This West Coast IPA is light, pale and dry. Nelson, Simcoe and Chinook hops leap from the glass with pineapple and grapefruit aromas balanced with a crackery malt backdrop. This IPA is fruity and dank with a lean but expressive bitterness.”

Yup, Untappd is hitting the small screen with a travel show hosted by Kenny Gould from Hop Culture. Starting in Pittsburgh… 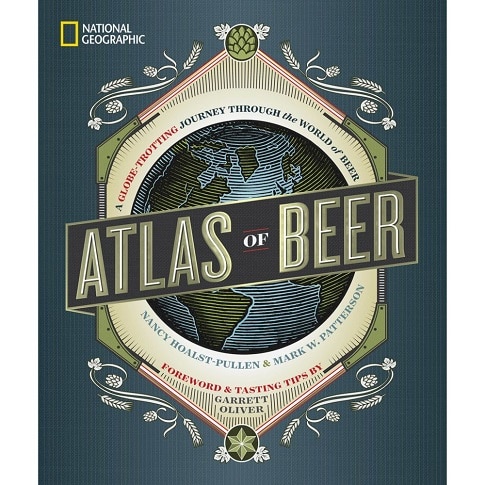 NatGeo is adding their touch to beer with their appropriately named Atlas of Beer. What I hope to see in the pages are a focus on the rest of the world because I know that the photos will be great and that the words will add to the tale.

Written by “beer geographers” Nancy Hoalst-Pullen and Mark Patterson, the book will feature maps, history, geography color photos and beer trends. More specifically it will include travel tips which will bookmark “the best breweries, beer festivals, and pubs in each location.”

Lastly, there will be beer recommendations from Garrett Oliver, the famed brewmaster of Brooklyn Brewery, 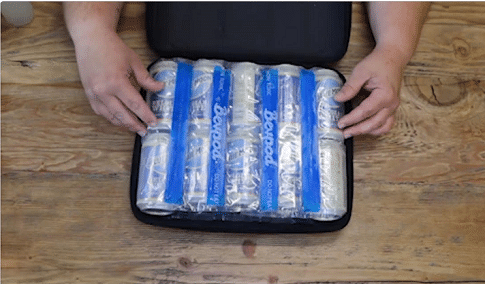 Taking beer from where you are to where you will drink it, especially in the hot summer months of SoCal, can test the beer fan who wants to protect their beer. Whether it be just going to the beach or traveling from trains, planes or automobiles.

The Bevpod adds a cooling element and an easy portability that could make it work when, say traveling back from a certain invitational beer festival in Paso Robles where it is always very hot. At a price point around $50, it is better than buying or customizing luggage.

Here is part two of the photo round-up. Once the jet lag subsides, I will post up some notes from my Manhattan beer adventures.

Are you a homebrewer or a brewer fan geek?  Well, here is an opportunity for the well-heeled….

“….brew with some of the world’s best master brewers over two days at the rustic, yet luxurious Devil’s Thumb Ranch:

Not only will you be brewing and hanging with these brewing greats, Craft Beer & Brewing will ferment and bottle these beers and send you a handful of bombers to enjoy. Just think! You’ll have the ultimate collaboration beers to share with your friends.

Two nights of luxury lodging at the spectacular Devils Thumb Ranch, delicious lunches and dinners at the ranch on Sunday and Monday, round-trip transportation from downtown Denver or Denver International Airport (at specific times only), craft beer at designated events, all the brewing supplies you’ll need, two Cooking with Beer Seminars and all taxes and gratuities are included in this memorable experience.”

Intrigued?  Check out the LINK for more info.

This month we tackle the “Why?” of beer travel courtesy of host of the month, The Roaming Pint.

Since travel is such an important part of our lives I wanted our topic to focus on beer travel. In Session #29, Beer by Bart asked writers to tell him about their favorite beer trips to which he got some great responses of personal favorites and general tips for certain cities.

So as not to tread over old ground my question is going to focus on the “why” more than the “what”. So I ask you fellow bloggers and beer lovers, why is it important for us to visit the place the where our beers are made? Why does drinking from source always seem like a better and more valuable experience? Is it simply a matter of getting the beer at it’s freshest or is it more akin to pilgrimage to pay respect and understand the circumstances of the beer better?

“Journeys are the midwives of thought. Few places are more conducive to internal conversations than a moving plane, ship or train. There is an almost quaint correlation between what is in front of our eyes and the thoughts we are able to have in our heads: large thoughts at times requiring large views, new thoughts new places. Introspective reflections which are liable to stall are helped along by the flow of the landscape. The mind may be reluctant to think properly when thinking is all it is supposed to do.”

That long-ish quote from Alain de Botton from his Art of Travel book encapsulates a major reason why one should travel in general and also why we all, as beer bloggers, should travel outside of our local brewery comfort zone.

I have been inside many of the breweries in Los Angeles and each one has its charm. Most are small and tucked into industrial and often unseen neighborhoods. It is easy to settle into the familiar ebb & flow and/or favorite barstool and idle an hour or two away.

But upon entering a new brewery, your eyes dart around, you scan the beer list, you check out the drinkers inside all within minutes of opening the door.

For me, I start judging the design and layout of the place and a mental list is begun of what aspects are appealing. It could be the bar made out of a recycled bowling lane. Maybe the art on the walls draws my eye. Or the brewery logo is particularly well drawn.

When a place is new, your brain just lights up like a Christmas tree. Taking in all sorts of new stimuli. And that is only when you are at your travel destination. Simply planning your trip leads to interweb rabbit holes that spark the imagination. This brewery specializes in this and their flagship beer is made with that. This part of town has a great brewery scene to check out, so mapping a beer crawl route is hastily done.

Once in your assigned seat in your plane, train or automobile the anticipation builds. And isn’t it fun to be excited just thinking about beer you will order next. Traveling in your home city to your local just doesn’t have that kick. It’s more like a commute.

Yes, delays and turbulence and lost luggage can damper any vacation but standing on top of the Empire State Building then later that day sitting at Brooklyn Brewery with a beer are “Wow” moments.

That is why your family would force their friends to sit through interminable slide shows of your trip to Yellowstone in the past and why now, we post photos to our social media outlet of choice until our friends start un-liking us. We want to share those “Wow” moments.

And for craft beer fans those moments can be found with the first sip of a brand new beer that forces us to pay attention to the new.