This month we tackle the “Why?” of beer travel courtesy of host of the month, The Roaming Pint.

Since travel is such an important part of our lives I wanted our topic to focus on beer travel. In Session #29, Beer by Bart asked writers to tell him about their favorite beer trips to which he got some great responses of personal favorites and general tips for certain cities.

So as not to tread over old ground my question is going to focus on the “why” more than the “what”. So I ask you fellow bloggers and beer lovers, why is it important for us to visit the place the where our beers are made? Why does drinking from source always seem like a better and more valuable experience? Is it simply a matter of getting the beer at it’s freshest or is it more akin to pilgrimage to pay respect and understand the circumstances of the beer better?

“Journeys are the midwives of thought. Few places are more conducive to internal conversations than a moving plane, ship or train. There is an almost quaint correlation between what is in front of our eyes and the thoughts we are able to have in our heads: large thoughts at times requiring large views, new thoughts new places. Introspective reflections which are liable to stall are helped along by the flow of the landscape. The mind may be reluctant to think properly when thinking is all it is supposed to do.”

That long-ish quote from Alain de Botton from his Art of Travel book encapsulates a major reason why one should travel in general and also why we all, as beer bloggers, should travel outside of our local brewery comfort zone.

I have been inside many of the breweries in Los Angeles and each one has its charm. Most are small and tucked into industrial and often unseen neighborhoods. It is easy to settle into the familiar ebb & flow and/or favorite barstool and idle an hour or two away.

But upon entering a new brewery, your eyes dart around, you scan the beer list, you check out the drinkers inside all within minutes of opening the door.

For me, I start judging the design and layout of the place and a mental list is begun of what aspects are appealing. It could be the bar made out of a recycled bowling lane. Maybe the art on the walls draws my eye. Or the brewery logo is particularly well drawn.

When a place is new, your brain just lights up like a Christmas tree. Taking in all sorts of new stimuli. And that is only when you are at your travel destination. Simply planning your trip leads to interweb rabbit holes that spark the imagination. This brewery specializes in this and their flagship beer is made with that. This part of town has a great brewery scene to check out, so mapping a beer crawl route is hastily done.

Once in your assigned seat in your plane, train or automobile the anticipation builds. And isn’t it fun to be excited just thinking about beer you will order next. Traveling in your home city to your local just doesn’t have that kick. It’s more like a commute.

Yes, delays and turbulence and lost luggage can damper any vacation but standing on top of the Empire State Building then later that day sitting at Brooklyn Brewery with a beer are “Wow” moments.

That is why your family would force their friends to sit through interminable slide shows of your trip to Yellowstone in the past and why now, we post photos to our social media outlet of choice until our friends start un-liking us. We want to share those “Wow” moments.

And for craft beer fans those moments can be found with the first sip of a brand new beer that forces us to pay attention to the new. 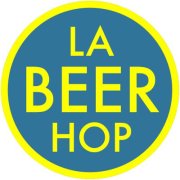 Want to get out and taste beer in L.A. but you don’t want to fight traffic?

Well, now you can call L.A. Beer Hop. Motto: We have a bus. LA has beers. We’re going to take you to all of them.

“There is a fast-growing, delicious craft beer scene in Los Angeles. We’ve got breweries, beer bars, craft brew festivals, and 5-course meals with beer pairings. But, LA is also 500 square miles… that’s where we come in.

We are a charter bus company dedicated to bringing you to all of the best craft beer destinations and events in Los Angeles. We run public and private tours in our 15-passenger bus. Each tour has 3 destinations, lasts approximately 3 hours, and includes all beer tastings and a LA Beer Hop glass.” 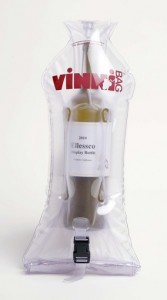 above photo by Gary Friedman of the Los Angeles Times

As is evidenced by my post on traveling with beer, the VinniBag might be a help to the traveler with a special, rare beer that must get home safe. The cost is $28.00 and it appears to only hold one bottle so this isn’t the tool to get vast quantities home. But if you have a beer that MUST get home then this will probably do the trick.

Yes, the world of apps are crowded. I had my choice of 8 metronome apps and those were just the free ones. And yes, many apps have one neat feature that grows old. The vuvuzela app that I had for all of 2 days would fit that description.

But the Beer in Japan app (an offshoot of the website of the same name) is in a small niche and it is useful. 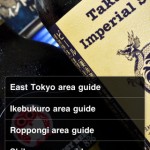 You can plan your trip and then use it when you are in Japan to take notes too! It doesn’t require wi-fi and it has coupons!