All Starburst rants aside, I was intrigued to see that MacLeod’s was bottling. Brewer Andy Black is protective of his beer and rightfully so because it really shines when presented right.  That right being on cask at the right temperature.

But the attractive label lured me in and now it is time to see how the bottled version compares. 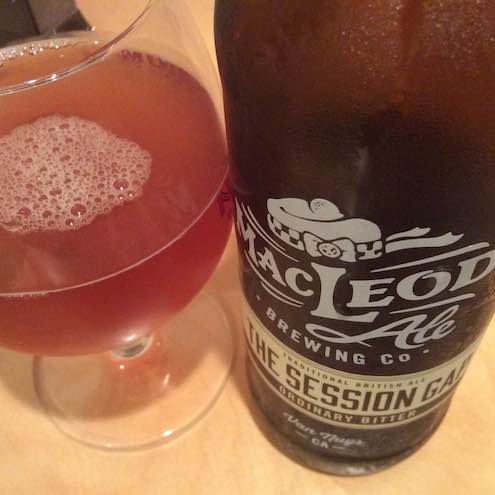 And there is quite a difference.  There is zero lacing on this beer.  Absolutely none.  Plus it is many shades nuttier than what I remember. There is a nice hit of bitterness here that seems stronger than on cask as well.  Sort of a tea/lemonade mix going on.  Normally I would say this was a thin beer but because MacLeod Ales generally are on the less strident side, this isn’t much different to me.

I would hazard a guess that the darker, maltier beers like Jackie Tar would fare better with the bottle treatment.