Last week, I gave you the heads-up about Hop Merchants, well here are some photos and a quick review…. 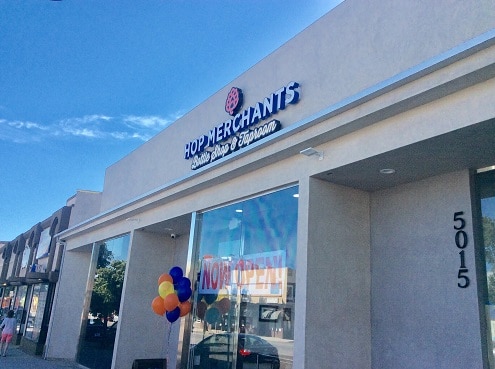 Just past the big street-wide NoHo banner on Lankershim is the rectangular space that Hop merchants calls home. With a brick wall on one side and nicely framed beer art / beer education posters on the walls, it is a nice space to drink in. There is an L shaped bar with a medium amount of seating and table seating closer to the sunshiney front window.

There are 16 taps and on opening day it was straight up LA beer only, the cooler and the “dry” storage were only partially full but even if stocked up would not be as much beer to-go as Craft Beer Cellar in Eagle Rock or Sunset Beer Co. The stocking is still “in progress” and my guess is that more coolers will need to be added at the expense of some seating.

The beer pricing is good and the selection was wide-ranging without being too IPA tilted. You can even order up 10oz pours which I appreciate. I had the Trustworthy IPA and a Vienna lager from Pocock Brewing which were served up well.

Next time I am in the neighborhood, I will check them out. 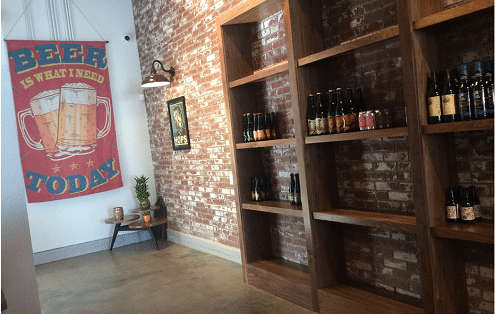