The event that I was looking forward to the most was the collaboration + tap take-over between Cellarmaker Brewing and L.A.’s own Highland Park Brewery. 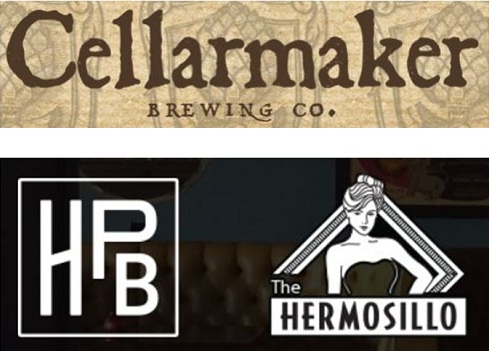 With the focus being on the Brett IPA that they created together with the awesome name of Sharing Sandwiches. And though that beer was fine, it suffered from the where is the IPA syndrome that I have found in this sub-style. The Brett just takes over and leaves it’s indelible mark.

But the other three beers from San Francisco were all really good in different ways. Mocha & Cigarettes didn’t have much in the way of smoke that I could detect but what I did taste was a lovely milk chocolate porter. Really smooth with a touch of vanilla.

Mo’ Passion boasting Mosaic, Southern Passion and Zeus hops was also a really good hop offering. Bright and fruity on the nose with a bitterness that shined.

My favorite though was the Typo Pills. Probably not for purists of pilsners because this had a hop hit to it that brought out some Sweet Tart notes to me. But I really liked that combo. It was crisp and delightful.

Those beers alone would have justified the packed house.