First off, thanks to Steve at the Glendale Tap for the bottle.  I did not want to open it sooner.  But at a low 5,8% abv, I knew it wouldn’t keep. 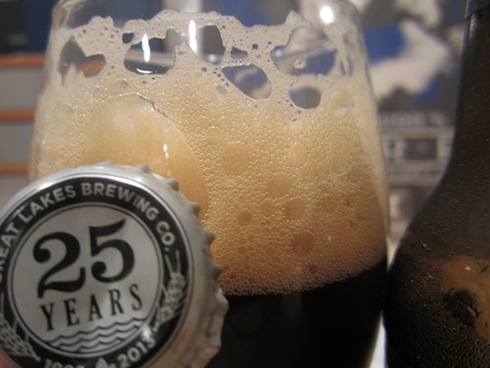 I first had this beer (my one and only purely Great Lakes beer) back in 2010, then I had their uber-smoky collaboration with Deschutes Brewing.  And now, I return to the original. 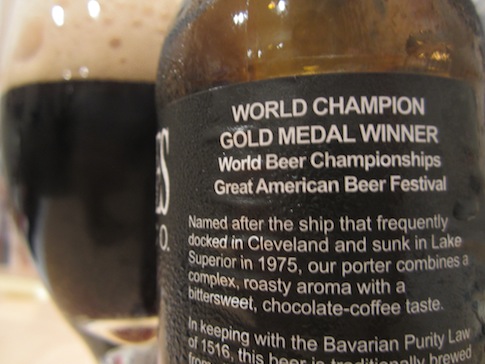 First is my review from back in 2010, “I have been waiting awhile to taste this porter and I was not let down. Strong malty flavors with hits of coffee and some chocolate. Not heavy though. Light as a feather. Nice carbonation too. Lovely all around. Wish I saw it more in LA.”

Now the re-review, Edmund pours a dark cola brown color.  Not much head to it.  The aroma is smoke but it is only medium and not in the rauchbier territory.  The taste is coffee bean and mile chocolate.  Bitterness coming from not smoke but from those two flavors which throw off that taste.  Light but it does really cover the palate.  A little viscous but not heavy at all.  A classic beer that is well deserving of award.  As it warms that milk chocolate really comes on strong.

I cracked open this beer while watching the free preview of the BBC’s Broadchurch.  I enjoyed it to a point but British murder mysteries seem to be going very dark.  I may watch the remaining episodes but I think I will try Orphan Black first.