Rainy (for L.A.) weather did not dampen the spirits of fans of the hops as the 5th L.A. IPA Festival was as crowded as ever with lines before the roll up doors went up and a line when I left after sampling 5 IPA’s and wishing that I could have tasted more. 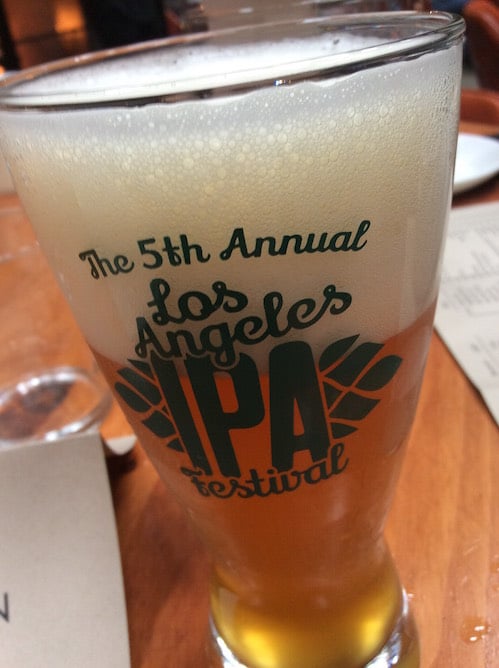 I was lucky enough to be on the media side of the back Ramona Room where I could watch the judging take place in front of me while IPA’s were also placed in front of me. 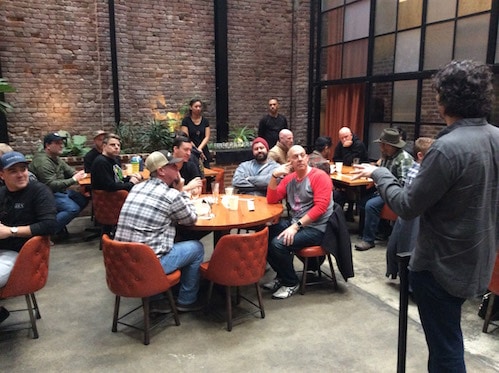 None of the beers that I tasted which included the eventual winner from Green Cheek, Don’t Die on Me really lit my palate up. They all inhabited the vast middle ground but my clear favorite was from the Tony Yanow backed The Bell Marker, Not F…ing Hazy was a clear and well done straight up West Coast Dank IPA. 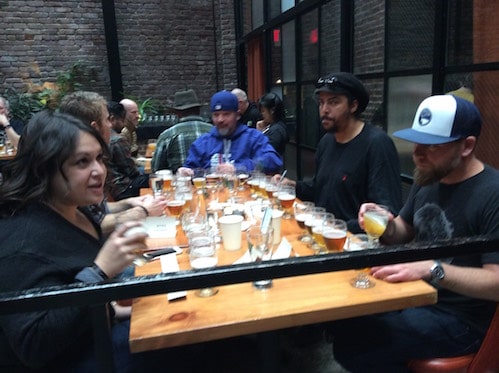 Now I had a long list of IPA’s that I should have swapped in like Arrow Lodge and their 3 Wheel Motion, Bagby’s Boy Wonder, Societe’s The Fiddler and Burgeon’s Time Sensitive.

I think that I still like the day after though due to the smaller crowd and the availability of flights. One small change I would make would be to reduce the glass size or the tap list size. I (or you) could attack that list in so many different ways but when the pours are 6 to 8oz, there is no real way that you can fully appreciate that last beer or the beer before that. I would say going to 4oz would be good and might quicken the turnaround as well.

That said, if I were you, I would check out Mohawk Bend this week. Plenty of great IPA will be flowing.