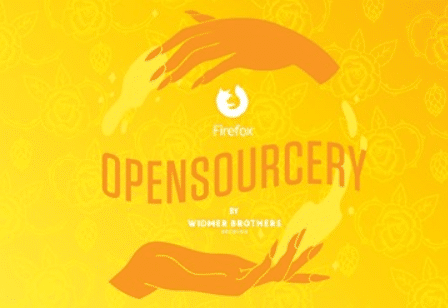 It is not witchcraft, it is just Open Sourcery and though I am not really buying the “wisdom of crowds” especially consisting of large group of ‘Muricans, I do dig this idea between Widmer Brothers and Firefox.

The best part of this beer though is that All of the proceeds from the sale of ‘Open Sourcery’ were directed to “support Pints for Portland and specifically ‘Women in Tech.’”

More versions are to come, and it would be nice if it rotated breweries too. Maybe one in L.A.