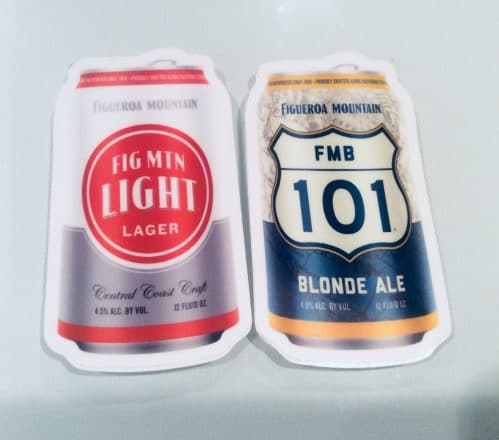 Now we taste test the lighte side of Figueroa Mountain. 101 and Light. Which will win this battle?

The “light” beer is really good. If I had been given this blind, I would not have said it was calorie counting beer. It does not taste thin at all. Light pours a bright yellow color. The aroma almost has a slight funk to it but mostly just malt presence. It is not a bubbly beer at all and doesn’t scream flavor at you. Just a super mellow unwatery beer.

101 by contrast tasted way lighter. I would have picked this as the light beer in a hot second. It almost has a watery taste. A highly mineral water taste at that. It is zippier and crisper but most certainly more lawnmower or first beer of the night. Not much grain character to it and not layered with flavor either.

Of the two, I would choose the light. Not just for Heavenly-The Good Place reasons either.