Infographics are all the rage.  Almost as much as listicles.  But both can harbor nuggets of wisdom and this particular graphic about craft beer sales and production in Oregon has one number that is mind blowing to me.  And it is the very last number… 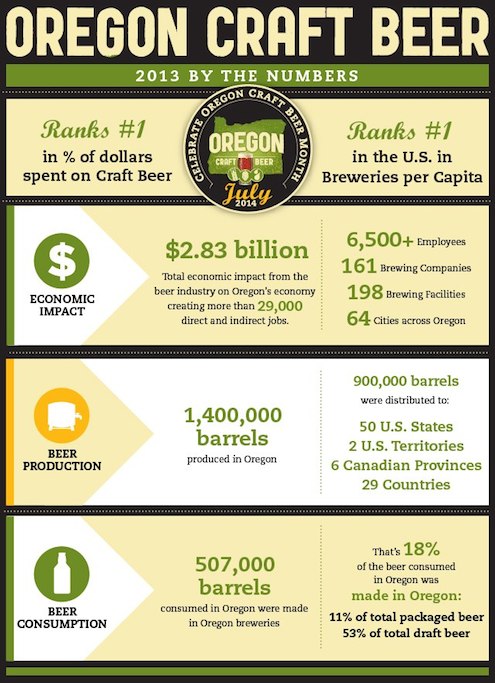 53% of draft beer drunk in Oregon was brewed in state. That, to me, is a staggering number because that shows two things.

1. That drinking local is both ingrained and that there is enough supply to achieve it.

2. Craft beer is a majority choice if not a strong minority considering your definition of craft.

And combined with the 11% packaged beer number shows how far there is still to go.  Literally and figuratively.

Now if I could get similar graphics for the other big brewing states to make a good compare and contrast post.