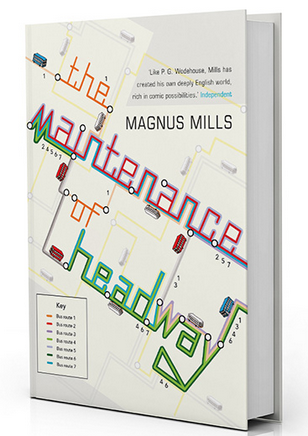 The Maintenance of Headway is slight book is the London bus driver equivalent of The Office (take your pick of British or US versions).  Droll, quiet and quietly funny on each and every page.  Anybody who has worked with weirdos and the rules from above will be bookmarking pages to talk about.  Our narrator takes us through some sorta eventful days in the life of a bus driver in London.  The ending is a quiet (again with that word) shocker but really in tune with what has happened before.  A gem of a book.

So this is set in London, so for us Angeleno’s when we talk British, that means MacLeod’s from Van Nuys and since the theme of the Underground is “Mind the Gap”, I would start with The Session Gap. An Ordinary Bitter at 3.5% that would not be out of place in the hand of one of the gents from the book.

And since tea is a big part of the book, my second pick would be from Noble Ale Works.  Earl Grey Dinghy.  Now I know that is a seasonal but Evan Price has been doing some cool British inspired beers so maybe check out The Londoner, a fun English Porter.

Or, you could just randomly choose a British beer (preferably from a shoppe that has a good turnover, because foreign beer suffers getting here).  I would look for something from Meantime like their London Lager.