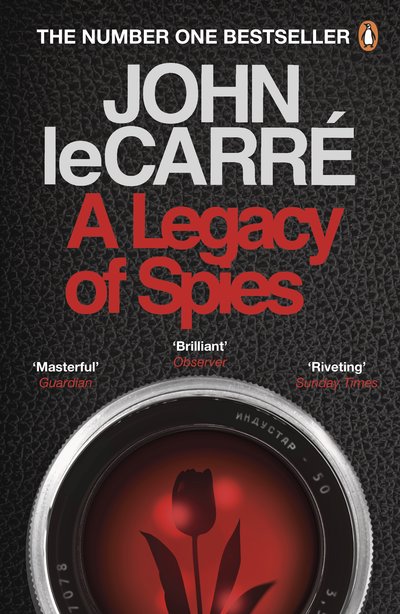 I have not read much John Le Carre, outside of Tinker, Tailor, Soldier, Spy which though full of double-cross and lies moved at what could be called a “stately” pace.

Legacy of Spies takes one of the side characters Peter Guillam and puts him front and center as the narrator of another dirty chapter of spycraft from The Circus.

This time a lawsuit has spurred the British government to coerce Guillam to give them the facts regarding Operation Windfall that led to the death of a spy and civilian in Berlin.

Legacy cuts back in time and the past episodes are exciting but they never really pay off in total excitement. Everything starts promising and then peters out. A mole is spirited away and then dead pages later. This problem really hits at the end. I read the last page three times thinking that I missed some key pay-off but no, the book just ended.

To add some intrigue to a book that falls a bit short, I suggest two L.A. beers. On is from Yorkshire Square – Castle Dangerous Export Stout. British tinged, dangerous and an export. Then I would have System of a Stout from Beachwood Brewing. Since the Russians are involved, got to have an RIS.