Starting tonight you have three chances to get some of this year’s 16th anniversary ale from Firestone-Walker. 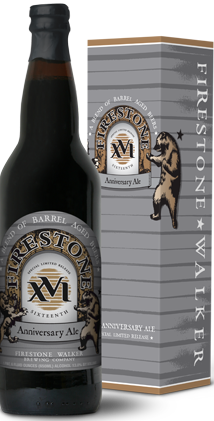 Chance # 2
We are also having XVI poured at the Daily Pint on Nov 29th. 8+ Firestone Beers on tap plus XVI and DDBA. Beginning at 7pm

Chance # 3
We’re doing a XVI party at Steingarten on Nov 30th around 7pm. Dave Watrous has stocked up some goodies to pour alongside XVI.