In the post, aftermath of CBC 2017, I saw this tweet go by and I thought it relevant….

And I fully agree that the first two have nothing to do with how good a beer is at all. And those two dastardly words need to be demoted behind many others in the craft beer lexicon because they are the primary power behind the whale hunting/empty chairs in line phenomenon that has too much undue influence in this day and age. New and rare seem to inextricably linked with waiting and snobbery.

I will argue though that local does have an effect on how good a beer is. Depending upon whether you are actually drinking the local beer locally. If I am at a local brewery and they just tapped a keg, that beer (depending on if it is a good beer to begin with) will be better simply because of freshness.

And local doesn’t add to the weird waiting in line, then Flip that Beer strata of beer society. A super rare, new brown ale just ain’t gonna cause a stir because, in actuality, those three words are a secret code to the Whale Bro’z who are chasing primarily for the sake of chasing. I would love to see an experiment where a hazy NE style IPA from say a random brewery in Wisconsin was put into a can that said Trillium or Monkish and see how many people A) drank the beer and could tell it was not from the labeled brewery B) actually drank the beer and didn’t trade it.

Does that mean that I will avoid anything that is new, rare and local. No. That would be the opposite pole of those who only drink what is new, rare and local. What I don’t do much anymore is hunt. I have a list of beers that I want to try but only if I see them at the places that I normally stop at. When I find something from the list, I get the same thrill and eagerness to open that I always have without scouring message boards or putting miles on the car.

New is fine. Craft beer needs to explore new avenues and side streets. Rare is fine. One-off beers show in stark relief what Macro beer does not want to do economically speaking. Local is great. Creating community is one of the key strengths of craft beer. But they are not the end all, be all any more than a brown ale is.

The topic for May’s edition of The Session is Localizing Mild and it comes from our host over at Fuggled. Here is the writing prompt….

“Each May CAMRA in the UK encourages drinkers to get out and drink Mild Ales. This May is the first, as far as I am aware, American Mild Month, which has 45 breweries, so far, committed to brewing mild ales. Of those 45 breweries some are brewing the traditional English dark and pale mild styles, while a couple have said they will brew an ‘American Mild’, which American Mild Month describes as:
a restrained, darkish ale, with gentle hopping and a clean finish so that the malt and what hops are present, shine through

An essential element of the American Mild is that it uses American malts, hops, and the clean yeast strain that is commonly used over here. Like the development of many a beers style around the world, American Mild is the localisation of a beer from elsewhere, giving a nod to the original, but going its own way.

If May is the month of Mild in America, here in L.A. it would be the shortest month of the year. So close to the epicenter of IPA, there is not much room on tap for the humble mild. Sure you can find Solidarity Mild from Eagle Rock Brewery. Maybe Vanilla Solidarity if lucky. MacLeod Ales might have a mild or two on tap in their Van Nuys tap room but beyond that it is Citraholic, Hammerland and their hoppy brethren. Which come in handy on IPA Day (aka the longest day if you were to sample all the available IPAs).

So, how do you reconcile the bitterness endemic to the West Coast with a style that is, well, mild?

You could spin facts hard enough that you could say that Black IPA’s or Cascadian Darks have some aspects in common with the mild but that style certainly didn’t spring from mild parentage. Besides a hoppy mild would be a large oxymoron to swallow. So back to square one we go. What would a West Coast Mild look like?

More specifically a City of Angels accented Mild. If I was to spitball ideas, maybe a smoke malt tinged mild to simulate the smog that used to hover over the freeways. Maybe a hint of Sriacha to make a pepper mild. Both ideas would probably give CAMRA a heart attack. Both are also a bit on the obvious side as well.

Two strikes against me at this point. What might better serve as a SoCal Local mild would be something that a Brit living in L.A. would want to drink that would be comfort drink with a touch of reminder of home and also reflect where you are now. Past and present as it were.

With that thought percolating in the brain, I finally came up with what might be a solution. A tequila barrel-aged mild. Mind you, not something that is aged for a year or more but something that picks up a hint of the spirit. You don’t want to get too imperial or too boozy. You want the essential toasty malt notes to be the star of the show.

Whether it would work is up to an adventurous brewer.

Seattle enjoyed a fine Beer Week last month and one of the places that I saw mentioned over and over again was Naked City Brewery and Taphouse. 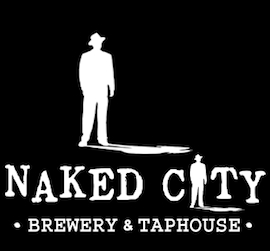 24 taps and local sustainable food. Where else are you going to get Snipes, Chuckanut and Elysian in one place! Plus their own house brews.

More hops for the midwest! I love seeing small, local, boutique operations and that extends to beer ingredients. Simple Earth Hops “is a new 1/4 acre hopyard located at Greenspirit Farm CSA in Dodgeville, Wisconsin. The hopyard was founded with the idea of providing a much needed agricultural product for local craft brewers. Simple Earth Hops was established to demonstrate that local farmers can produce a consistent, sustainable supply of ultra high quality hops by working directly with local craft brewers while still maintaining a focus on ecology, the land and the people involved.”

Here is a partial list of the hop varities that they will grow:
cascade, eroica, liberty, Mt. Hood and perle. 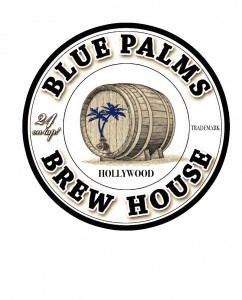 Just be sure to at least hit one night of special events at your local and show your appreciation in physical and monetary forms.

Apart from the fact that BIG BEER abbreviations are getting more baroque, it is interesting to hear that Anheuser has tumbling profits according to the Wall Street Journal.  You would think that the cheap beers would be flying out of stores.  But because they buy in bulk and hedge its raw materials purchases means it is locked in to old, high hop prices while the small brewers are making less but better beer at cheaper prices.  I say it too much but your local small brewer always seem to do more with less.

I urge all of you out there to keep supporting your local brewery. I know that alot of people are on “economic hold” ( Count me in that group) but if I you have a favorite brew, and it’s from the little brewery down the street, then you better keep buying it. Otherwise it might not be there the next time. Same goes for your local pub. You don’t need to do it all yourself. Let your circle of beer loving friends know about your favorite place or a new place near them.

I will start. If you are in the Los Angeles area here are two great places to try….

The York in Highland Park