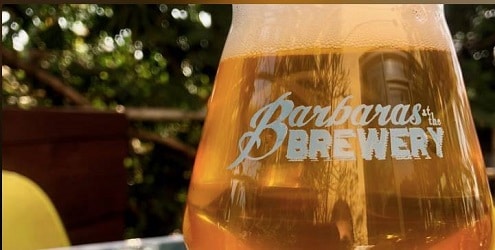 Measure Your Head: Drinking and Sipping is coming on November 25th at Barbara’s at the Brewery. Tickets are $30.00 and you get to taste beers from Cellador Ales, Craftsman Brewing, Highland Park Brewing and Yorkshire Square Brewing.

Each brewer who made the beer will be on hand to discuss what went into making that beer in your glass. Oh, AND the glass will be a fancy branded Barbara’s at the Brewery glass.

Here is the beer description: “Divine” a stronger, darker take on the Hefe style. The beer is brown and hazy, with aromas of chocolate, dark fruit, bananas foster and allspice. It is about 7.5% ABV.

The beer will be pouring at Barbara’s at the Brewery along with…. 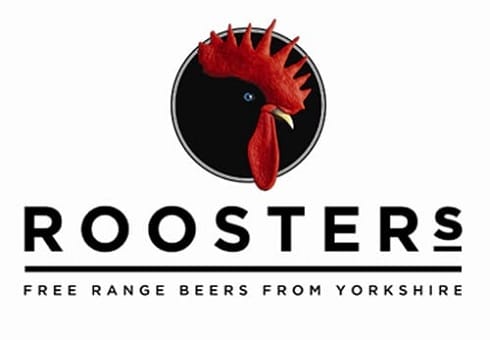 Tomorrow night at Barbara’s at the Brewery Rooster’s Brewing Co. and their head brewer, Oliver Fozard will be bringing their beers to L.A. and will co-mingle with three California breweries who admire their British beers.

In two days time, you can sip on a plethora of lagers AND hear the story behind them at Lager Your Head.

The event will be held at Barbara’s at the Brewery and on hand will be Bob Kunz of Highland Park Brewing, Mark Jilg from Craftsman, Brian Thorson from Chapman Crafted and Tyler King from the new Brewery Rex.

Get your tickets HERE! 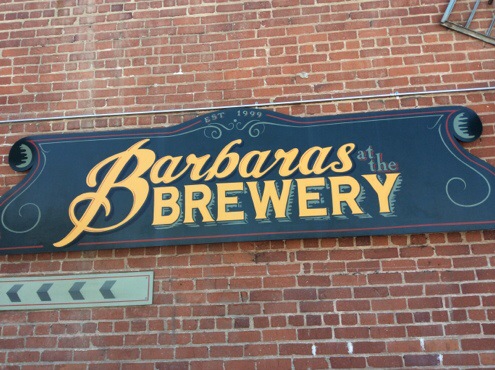 Some places you just don’t get to enough. For whatever reason. We all have places that we ask ourselves why we don’t come around much anymore, to badly paraphrase the song.

For me, Barbara’s at the Brewery is that kind of place. Just far enough away and requiring either fighting the 5 freeway or the streets north of Downtown L.A. But there is a laid back vibe in the quirky restaurant and Erik Huig always manages to have two (if not more) beers on tap that I hadn’t had or even seen. 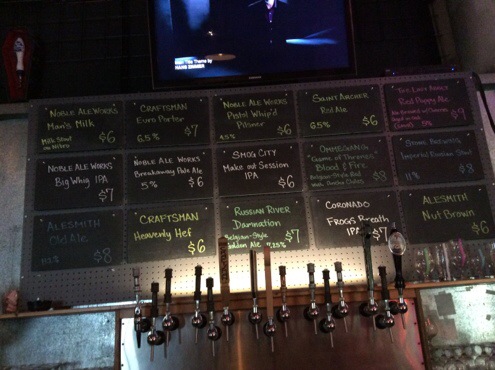 And as you can see from the photo the mix is varied and the prices down to earth. At least a buck or two cheaper than other places around town. Plus, you can get food as well. Simple good food that is also very reasonable price wise.

And if you think about it and look at the spire that rises above the complex, you will remember there was a brewery on this patch of land. You are sitting in brewing history for L.A. Eastside and then Pabst was brewed here. It was also an Edison facility too.

It is good to have new places popping up but sometimes we need to re-visit the spots that kept us going when the beer wasn’t flowing so much.

Beer Storytelling is the focus of Beercentricity a new event on the Los Angeles craft beer scene to be held at Barbara’s at the Brewery on May 19th at 6pm.

“Four local brewers will come together in one night to share the stories behind the beer they make.It will be a fun, conversational way of getting to know the inspiration behind some of the best beer in California. Participants will enjoy four complimentary beers created by these brewers and enjoy a selection of carefully-curated food pairings, all included in the ticket price.”

And the line-up for the initial event is a quality mix.  New and established.  Local and out of town.  Plus Automatic does not make it up here so this might be a rare chance to try beers from a true craft beer pioneer in Lee Chase.