…. I wonder how many takes were needed.

White Labs supplies yeast to breweries practically everywhere but they are also known for their education. Their tasting room and same beer, different yeast trials are well known and now they are “launching an online education portal”. Mostly for brewers these “videos are released every month and cover a range of topics.” But maybe the casual beer fan might enjoy while hunkered down at home. Check out the videos HERE.

You may have seen Drinking Buddies, the movie that charted two couples relationships with the backdrop of a Revolution Brewing in Chicago. Now, the City of Angels has their updated version with “L.A. Beer” a sitcom Web series taped in front of a live studio audience.

It is a workplace comedy set in a brewery that stars Sam Daly (“Hot in Cleveland”), Arianna Ortiz, Kevin High, Alicia Ying, James Lontayao and Sarah Stoecker. The series is Executive Produced by Sam Miller a staff writer on the CBS show “Mom”.

The series will debut with five episodes on YouTube beginning May 11, in conjunction with American Craft Beer Week. Five more episodes will be posted in June to match-up with L.A. Beer Week.

Here is the trailer to whet your appetite:

If you can’t get enough of beer videos on YouTube, then I have another channel for you to view….Brew Age

It is a unique set of videos covering California and Oregon and other topics like homebrewing and robots!  ROBOTS!  OK, that may be too excited but the videos are well done and most are short so you can watch a few without losing a whole afternoon.  The wet hop video with Social Kitchen is another good one to check out.

Thanks to K for tipping me off about this channel.

The trend of craft beer on the TV continues. Here is another show that I heard about from a friend of the BSP. 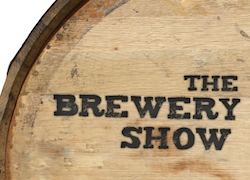 “Who doesn’t like craft beer? Well, the folks at New York-based indie production company Overcrest Media are betting you do. Last month they launched their first original series, The Brewery Show, which dives into the craft beer movement, one microbrewery at a time.

“We explore the greatest microbreweries, brewpubs, and craft beer houses this country has to offer. From interviews with the trendiest brewmasters, owners, technicians, and home brewers, we find out what’s brewing in the world of craft beer and beyond,” says the series’ fledgling YouTube page.

For the uninitiated, The Brewery Show provides an excellent introduction to the process and philosophy behind craft beer production. And for those well versed, it provides a thorough behind-the-scenes look at some of the East Coast’s top artisinal breweries.

The first episode takes us to Pleasantville, NY’s Captain Lawrence Brewing Company—famous for their ‘Liquid Gold’ brew—and features interviews with Owner and Head Brewer Scott Vaccaro and Cellar Operator Justin Sturges. Vaccaro offers a piece of advice you homebrewers won’t want to hear: “I’m the last person to tell you not to follow your dreams, but remember it’s a business first, and it’s not just about making beer.”

a You Tube video!

Check it out and let me know what you think of this idea.

You can go to my YouTube video to see me spontaneously taste the new Abita Helles Dopplebock.