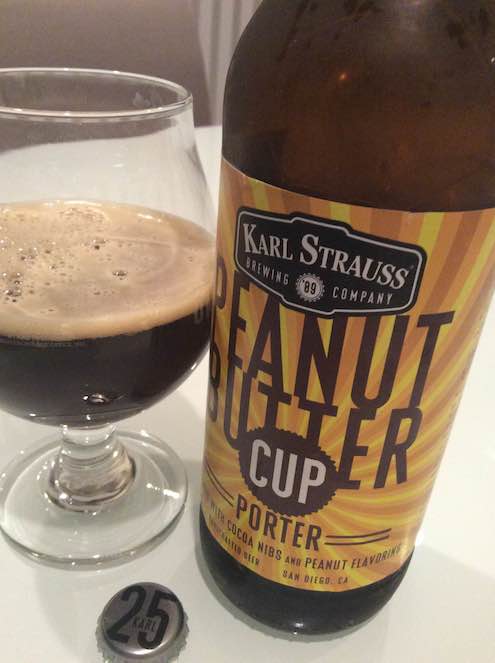 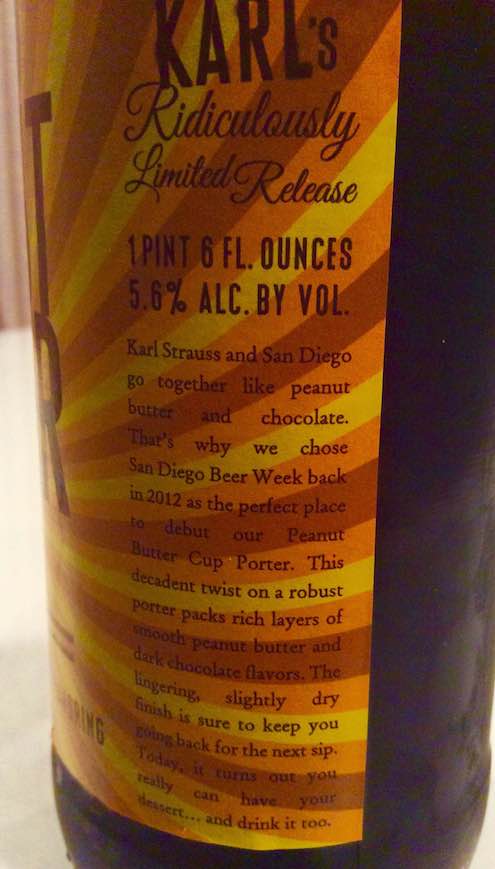 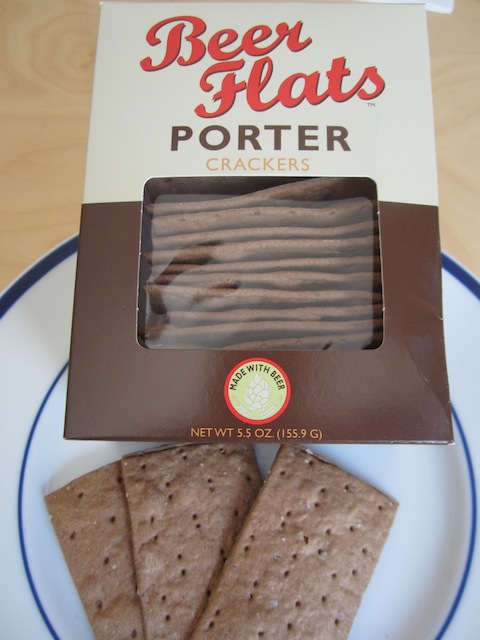 The aroma on these crackers is a surprising and very brewery reminiscent wort smell.  Unfortunately, after that point, the taste was full on dark rye.  Not that a rye cracker is bad per se.  But the aroma led me down a path that then corkscrewed on me.  After having a couple, I realized that this version would be harder to pair with a beer and with cheese.  There are rye IPA’s out there but that would be a battle of two strong tastes.  And I fear that most cheese would run into the brick wall of rye as well.

The second and final porter review for February is the Robusto from Drakes in the Bay Area…..

And here is the 411 on the beer from their website, “Drake’s Black Robusto Porter is a deep, dark “Robust Porter,” a beer style known for being darker, fuller-bodied, and higher in alcohol by volume than a standard Brown Porter. Our Black Robusto goes down smoothly with flavors of bittersweet chocolate an slight roast from Crystal and Chocolate malt. A touch of spicy, herbal hop character from Willamette hops balance out the finish.” 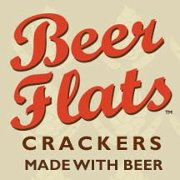 I turned the corner onto the beer aisle at my Whole Foods and what did I see nestled in amongst the Hangar 24 Oktoberfest 4-packs? Beer crackers. In pilsner and porter flavors no less.

They come from a company called Beer Flats. They “are artisinal flatbread crackers made with craft beer, whole grains and butter.”

Now you can grab some cheese made with beer, some of those Dogfish Head pickles and have a true gourmet craft beer binge.

Our first English stop is a winery! But this winery also does beer. Chapel Down currently offer three curious beers including Curious IPA, Curious Porter and Curious Brew.

I heard about this vintner/brewer from this article in the Guardian.

And if Pete Brown approves then the beers must be pretty good.

I was fortunate enough to visit the Twisted Pine when I visited Boulder and I sure wish this beer had been on tap cause I would have snapped it up because chai in beer should be done more often in my opinion.

“On March 3rd, Twisted Pine Brewing Company will release Sacred Spice, the third beer in its Artisan Ale Series. Fans of Twisted Pine and craft beer in general have received the endeavor – which pairs a distinctive new brew with a different local artist each month – with open arms, eyes and mouths. In its first two months the popular project has gained attention statewide and the brewery hopes to build on that success with March’s offering.” 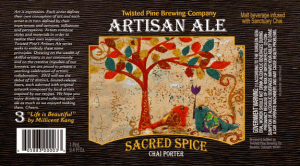 “Sacred Spice is an Imperial Porter invigorated with traditional masala chai spices skillfully blended by Boulder-based Sanctuary Chai. The enchanting ale carries the delightful scent and flavor of dark, roasted barley as well as the provocative aroma of ginger, cinnamon, nutmeg, cardamom and other spices used for centuries to embolden Eastern teas. However, much like the brewery’s heralded Big Shot Espresso Stout, Sacred Spice strikes a fine balance whereby the flavors exhibit a seemingly natural harmony so that no taste bud is dominated but rather each one satisfied. The bold, black ale is 10.1% ABV with 33 IBU.

Sacred Spice’s label features a piece titled ‘Life is Beautiful’ by local artist Millicent Kang. The release party will double as an art show for Kang, whose works will adorn the Twisted Pine ale house for the entire month of March. The artist will also be on hand to discuss her art and sign bottles for collectors in what has quickly become a celebrated monthly event. Further details can be found at the brewery’s website.”

For those of you playing the home game, Utah was knocked off my list with Intermountain Wheat from Epic Brewing. We return to Epic for a review (under 5 minutes, I promise) of their Galloway Porter.

Here is my down and dirty review of a porter from Southern Oregon Brewing…
[youtube=http://www.youtube.com/watch?v=SvmXsbpqnDs]

I tasted the 250 from Guiness today.  Quite the odd beer.  The barkeeps were not enthused by it at all and I can see why.  It is the regular stout that is watered down with Irish spring water.  It is not bad at all.  But it does have a more carbonated/soda-esque taste to it.  With a nitro tap it might be even more pronounced.  Either way, I am not sure if it is a marketing ploy.