Looks like an Costa Mesa based Gunwhale is branching out. The new location is Orangewood, close to Angel Stadium and technically in Orange.  They are planning on using a shipping container and have food and 9K of brewing square feet.  Plus they are across from El Camino Real Park.

If you haven’t watched either Fyre Festival documentary or read about it then the following beer from L.A. Ale Works might not make much sense (except for the hops, of course)

I am sure that this beer will stand on its own but a little backstory never hurt. Orange Crushed Dreams will release on 2/9/19.

It is amazing that it took me this long to visit Hollingshead Deli in Orange. 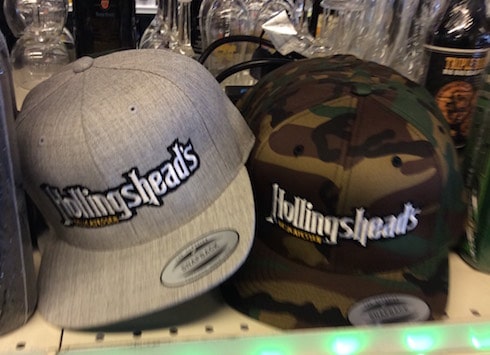 The deli is tucked into a long strip of not-mini mall on Main Street. Inside you might possibly notice that they favor a certain team from the National Football League. You can either take a Lambeau Leap to the counter for a sandwich, the back well for a stool and a peek at the tap list or to the right to find yourself some to-go options. 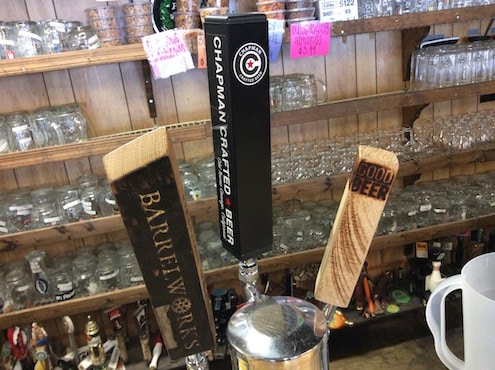 The tap list was well curated on the day of my visit. An eclectic mix of beers from locals to state to foreign. I ordered up a new (to me) IPA from Docent Brewing and really liked the beer though I had to say that getting it in large German Mas was not expected in the least. I also bought a four pack of the Unsung Brewing Chocolate Snowball since they do not distribute up in L.A.

If Mario’s Deli in Glendale added #independent beers, I would be there a lot. So it should come as no surprise that I am thinking of a return trip to Hollingshead. 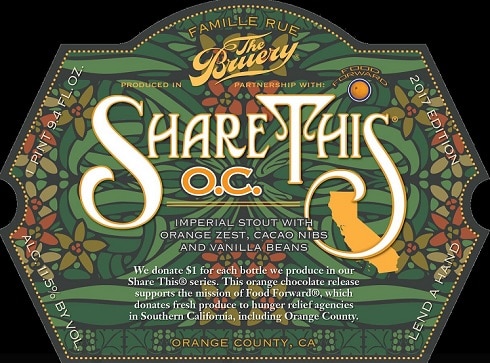 Here is the sneak look at the label for the next Share This beer from The Bruery. From Coffee to Mole and now to oranges.

Los Angeles has been getting an influx of San Diego canned beers.  St. Archer, Modern Times and now Mike Hess is popping up.  So, lets see what this 16oz tallboy is like….. 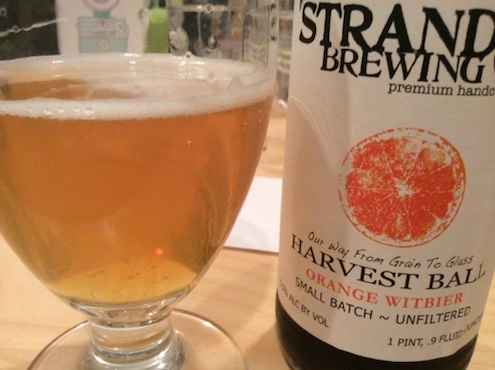 I am starting to wonder if Torrance will have it’s own terroir desgination.  That pondering occurred to me whilst staring at the really simple and classy label for Strand Brewing Co.’s Harvest Ball Orange witbier.  Which is their 4th anniversary beer that will probably be around for years to come.

Their version of the classic wit style pours a hazy light orange color with a thin white head to it.  It is a pretty beer to look at.  The smell though is fairly medicinal with a tinge of really dried fruit to it. Or maybe that is orange peel.  I wish the fruit would come after me in both the aroma and the taste which has a tiny touch of orange that is there from the beginning of the sip until the end but wheat and coriander and a bit of metal is more predominant to me.

This is one of those beers that is really close to being a really nice fruit beer.  But that nice citrus taste seems just out of reach and it lets other flavors take over that I am not digging on as much. 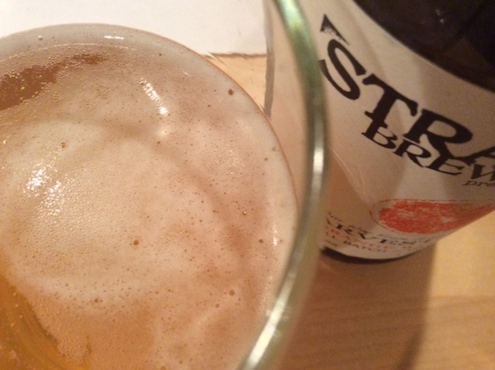 We finish the Caldera Kettle Series with this provocatively named creation…

1 beer down and 49 to go! The journey is underway. I received this bottle of Local # 2 about the same time as I got my 33 Beers rating book and I decided that each time I review a beer from a new state this year I would include a pdf of the rating and my notes. 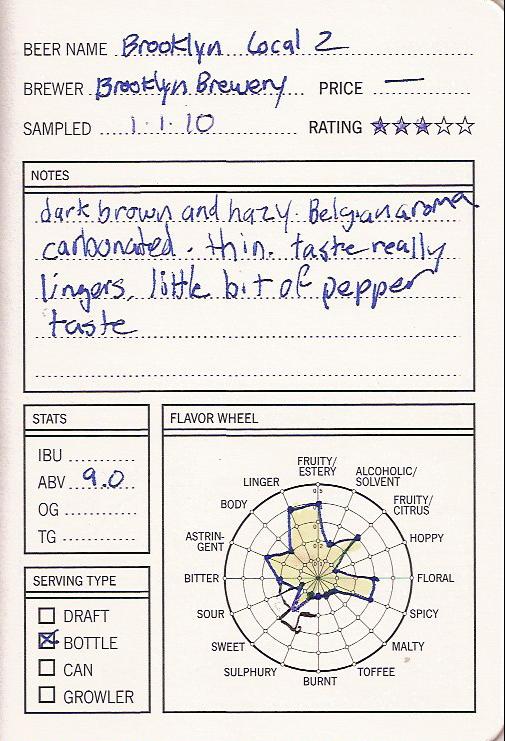 This was a really nice beer but it didn’t blow my socks off. I was hoping for more orange and spices in it and to me it was a little thin. The alcohol catches up to you and I had a nice glow by the time the Rose Bowl was into the 4th quarter but it didn’t wow me like Local # 1 did. Now that may be because I had # 1 at the brewery in Brooklyn.