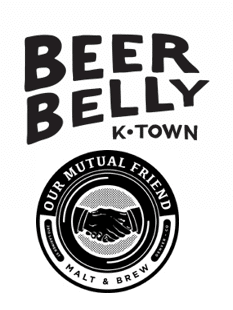 Coming up on the 16th, the Koreatown Beer Belly will be hosting Our Mutual Friend, the Denver brewery, not Janice from accounting. 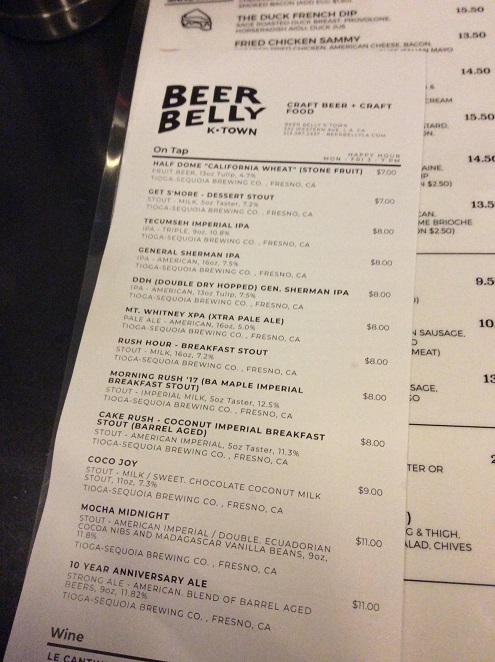 Thanks to Beer Belly ONS Ambassador Rich, I got the chance to crack open the special Smog City and Beer Belly collaboration, Mind of a Fruitcake. 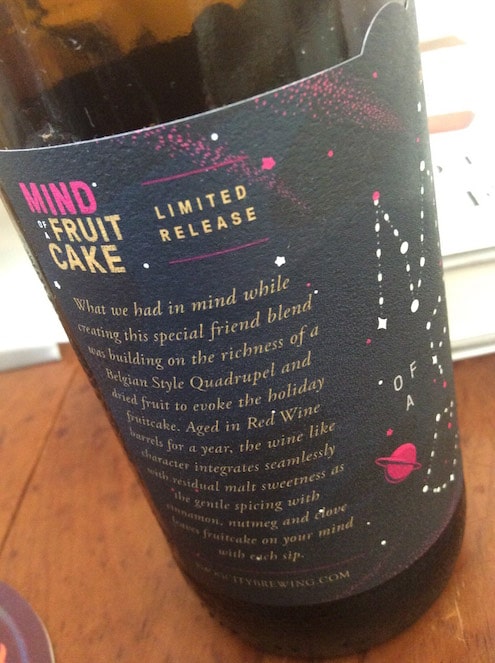 This is a serious fruitcake beer. I can see that people might be divided like they are with the actual doorstop of a holiday treat.

Cinnamon is really prevalent here along with a sticky sweetness. This cola colored ale was aged in wine barrels (red) but that is completely faded to the deep background as the quad and spice take center stage. On a side note, The first “Mind of…” beer felt under peach-ed. Now this one is bold as all get out.

There are some beers that can be drunk with a multitude of foods but this one screams to be paired with dessert. I keep thinking of gingerbread cookies. Something spicy but sharp to contrast against the viscosity of the beer. 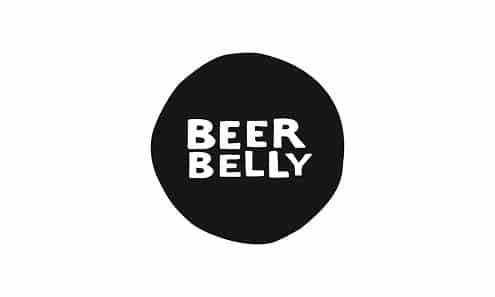 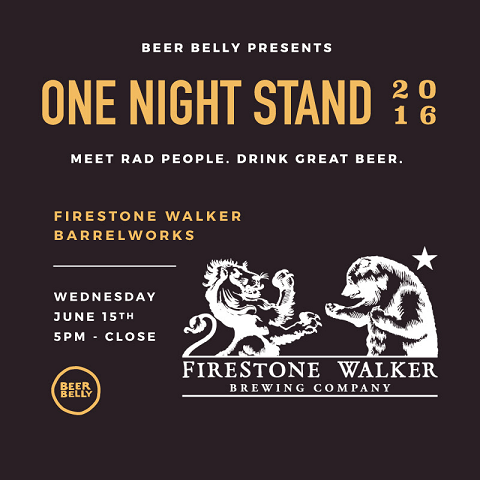 Now, that I have talked up Firestone Walker so much, you may be wanting to have some of their beers. You could go to Venice and the Propagator restaurant but if you wanted something tonight, well Beer Belly has you covered with a One Night Stand (ONS) that spans sours to hops to Nitro and the year 2015.

I dare you to not think about hitting up all 11 One Night Stands at Beer Belly in 2016. Lots of good choices for a tap-takeover. 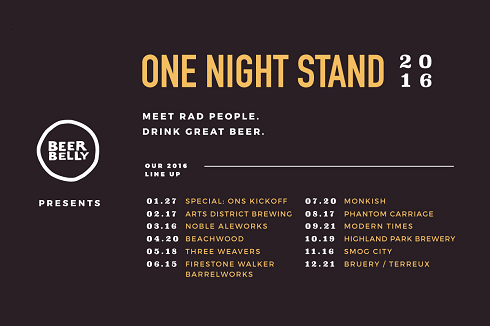 There is nary a clinker in the bunch but the Highland Park and Barrelwork nights intrigue me the most.

I am loath to single out one of twelve excellent tap-takeovers (sorry, One Night Stands) but the Monkish Brewing visit to Beer Belly tomorrow night is one to be at. 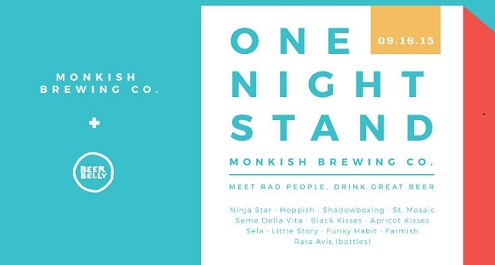 I consider myself up-to-date and I still haven’t had many of these beers. By many, I mean most. I might just do a side-by-side “Kisses” taste test. Or I may head to the Shadowboxing Dubbel. Or…well you get the picture.

In 2014, I think I hit 10 or 11 of the Beer Belly One Night Stands and this year, they have another killer line-up of local breweries coming to Koreatown… 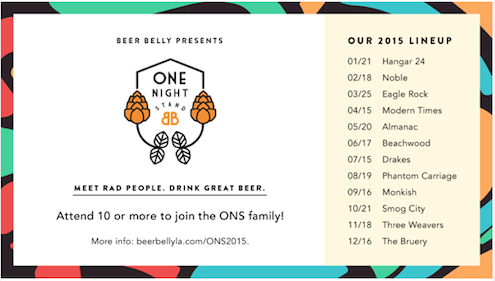 And it all kicks off tomorrow night!

As if the One Night Stands (and the videos that come with them) were not enough. Now Beer Belly is adding a little extra something to sweeten the deal…
“A Gift: We want to thank those of you who make it out to our One Night Stands. Like, REALLY thank you. Those of you who make it to 10 of the 12 events next year will receive a special thank you package. We don’t want to reveal the contents, or overhype what it is….but we think you’ll be pretty surprised.

How to Qualify: Come out to 10 out of 12 One Night Stands next year. We’ll set up a spot at the bar to take a picture to show that you were here. Go ahead and upload that picture to our Facebook album or email it to us at drink@beerbellyla.com” 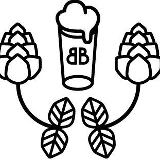