Magnify Brewing was started in 2015 by Eric Ruta in Fairfield, New Jersey.

Let’s order up a taster tray…

Vine Shine with Lime – “Our year round IPA conditioned on lime for a more refreshing experience.”

Lap of Luxury – “Our Reserved Triple IPA with lactose… Massive Triple IPA brewed with lactose for a creamy and bigger mouthfeel and hopped extensively with Mosaic, Galaxy and El Dorado.”

Our next NJ stop is in Chatham at their first official brewery, Twin Elephant was founded by Cindy De Rama, Tim Besecker, and Scott McLusky are making some of the juiciest IPAs in the Northeast. It is one of a hopefully growing number of U.S. breweries led by a woman.

Time to get a virtual taster flight…

Mr. Thundermaker Double White Wheat – “Strums of red, white & raw wheat caught in the crush of Tiki time! Pleasant vividness, light acidity, drier & semi-sweet,  some sourness remains in the jowls. Smells like fresh cantaloupe, lime tang, tropical honey on pineapples, ginger, then lime zest, orange and passionfruit on the inhale. Tastes like a tin can of pineapple juice, spritzy passionfruit drink with a ginger ice cube and a lime wedge.”

Our first stop in the Garden State is The Seed, what they have sub-titled A Living Beer Project. Both really cool brewery names.

Here are some taster flight ideas from this unique brewery….

As Simple As Reflections? Heirloom Corn Lager – “Brewed in collaboration with our dearest friends at Bonn Place Brewing with PA barley and Bloody Butcher corn. Hopped entirely with NJ hops.”

August is a non travel outside California month so I will take the weekends to play catch-up with L.A. breweries that I haven’t been to in a bit. But if you do travel, maybe layover in NewJersey and show support to their breweries who have been burdened with some truly galling laws.

~ e-visits to (3) breweries from New Jersey who have been handcuffed by anti-beer laws
~ special featured review of pilsners and lagers
~Heads-Up on Los Angeles Beer Events
~ Three suggested beers to buy this month. One light, one medium and one dark
~ A Book & A Beer reads Blacktop Wasteland by S.A. Cosby
~ A Podcast & A Beer listens to A History of Coffee
~ New Beer Releases and Best Beers of the Month
~ I will tap the Firkin and give my no holds barred opinion on the craft beer world.

New Jersey breweries are now limited to the following:

• Hosting only 25 on-site activities per year (Events such as trivia, live music, etc.)
• Host only 52 private parties per year
• Attend only 12 off premises events per year

In addition to the above, this ruling also prohibits breweries from the following:

You can read more about it right HERE and it is not good for beer. And it just seems to be yet another instance where one industry that should be tight with beer seem to want to knock them down a peg.

Why can’t restaurants work “with” breweries? Why can’t a coffee roaster create a special beer with a brewery and sell their coffee at the taproom? How does limiting 12 off premises events help anyone? Especially charities that get funds from beer festivals.

Other beer writing voices have chimed in on this with exasperation and I expect that New Jersey will water down these rules or selectively enforce them. What may also happen is that breweries go into the restaurant business to work around some of these rules.

As a show of solidarity, I will be highlighting New Jersey breweries all next month.

You might have noticed a not so subtle theme running through the choices this month, whimsical names. The last is no exception.

Chimney Rustic Ales from Hammonton. Here is what I might put into a sweep of a taster tray…

Griz Lemongrass Grissette – Traditional farmhouse ale from France and Belgium.  We allowed our house mixed-culture to free-rise during fermentation and conditioned it on lemongrassto compliment the expressive yeast.

Persistent Gratitude Sichuan Peppercorn Table Beer – Fermented with our house mixed culture, a bright citrusy flavor is complemented by a floral nose. This is NOT a spicy beer.

DubZ Belgian Dubbel – Our take on the Abbey Dubbel features dark fruit flavors that are traditional to the stylen that give way to the dry finish of our house-selected farmhouse mixed culture.

We are off to Hackensack for our second New Jersey virtual brewery stop and Alementary.

Here is what I would add to a taster tray….

Work Boots Pale Ale -“re-envisioning of the classic American Pale Ale, Work Boots is an homage to hard-working stiffs who deserve a beer at the end of a long day in the trenches. Dry hopped with Cascade and Falconer’s Flight for bursts of bright citrus and fresh, dank resin.”

A-Game IPA – “Our flagship East Coast IPA is double dry hopped with Citra and Centennial for a fresh burst of citrus goodness.”

First NJ flight is in Denville at the excellently named Fort Nonsense Brewing Company. The name derives from part of the Morristown HQ for George Washington that included “Continental Store”, Fort Nonsense and Camp Jockey Hollow.

In Full Effect IPA – “Brewed and DDH with Simcoe, Amarillo, and Citra hops.”

Project Lola Pilsner – “This crisp, 5.4% lager has a strong malt character with a citrus finish.”

Next stop is New Jersey to e-visit Axe & Arrow.

Meat Sweats Chile Beer – “collab brew conjured up with a little help from our friends at Three 3’s, Cross Keys, and Core 3. Chili spices and peppers were added to pack just a little heat ”

The Axe DIPA – “Lighter body and maltiness with pronounce citrus notes in aroma and flavor. Moderately high bitterness from beginning to end with a clean finish.”

The Arrow IPA – “Medium body with a slightly higher maltiness subdued by a strong but not overpowering bitterness with lots of earthy and piney notes. Strong initial bitterness that gently fades.”

Our last stop in our February tour of breweries that opened just last year is Kane Brewing. 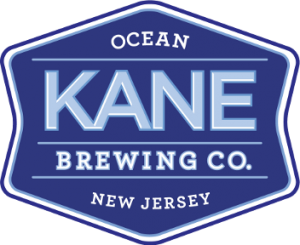