In an attempt to cover all the beer styles out there, let’s head to Michigan and New Holland Brewing for, “Cabin Fever is a roasty brown ale and a hearty, comforting companion for long, mind-bending winters.” Just don’t go to that cabin with Annie Wilkes. 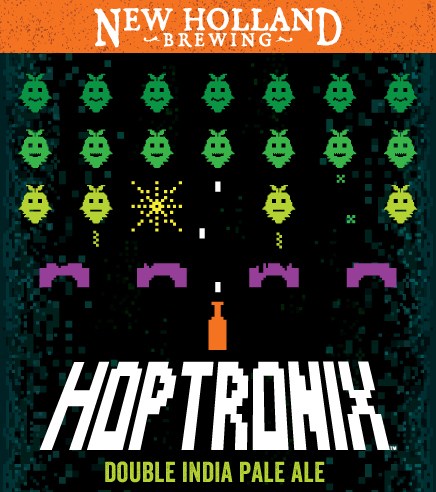 This looks like it is marketed towards us older folk who remember when games were Pong and Galaxia..

New Holland Hoptronix took an experimental beer that was well received, and made it year-round in 2017. This 9% Imperial IPA is brewed with Mosaic hops.

If you are heading to the crazy cool GABF (Great American Beer Festival) this year well then this may need to be put into the itinerary. Once you read the press release, you will want to drink the beer. 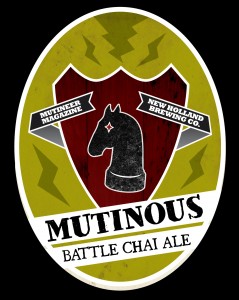 “Mutineer Magazine and New Holland Brewing Company are excited to announce the official release of their collaboration beer, Mutinous Battle Chai, on Friday, September 17th at 2pm at Falling Rock Taphouse in Denver, CO. The event will last until all the kegs are tapped. There is no admission fee and cost is per beer. 100% of the proceeds from Mutinous Battle Chai beer sales will benefit A Child’s Right, an organization dedicated to global water relief and bringing clean water to children in underdeveloped regions.

“We are really excited about our opportunity to work with New Holland Brewing, as we bring the craft beer community together to support A Child’s Right. We are very thankful to our partners in this project, New Holland Brewing Company and Falling Rock Taphouse, for making our vision a reality.” – Brian Kropf, Mutineer Magazine

Technically, Mutinous Battle Chai does not fit the guidelines of any individual style category. The base beer was brewed with both pale and rye malts, spiced with an original interpretation of the traditional chai tea spice blend, and fermented with a Belgian wit yeast strand. The base beer was primed with brown ale wort and then underwent a secondary fermentation with merlot yeast on oak. The end result is a dry, amber-colored, medium-bodied Belgian-style spiced and oaked ale unlike any craft beer brewed before.

Other beers from New Holland Brewing Company, including Golden Cap Saison, Imperial Hattter IPA, as well as Hatter Royale Hopquila, a distilled spirit that has been steeped in hops, will also be available during the release party. This is the first time that New Holland beer will make an appearance in Colorado outside of the Great American Beer Festival.

“This collaboration has been an opportunity to have fun exploring flavor, and techniques, while celebrating this exciting time in the beer industry.” — New Holland’s Beervangelist, Fred Bueltmann

For more information on the recipe and brewing process of Mutinous Battle Chai, check out Issue 13 of Mutineer Magazine, now on newsstands.”

OK. I am stating in advance that I am cheating here. The beer for this round of action comes from the US. But the brewer is NEW HOLLAND. See how tricky I am?

The beer is…well, let me have the brewery explain…”A kölsch-style beer, Full Circle is a refreshing celebration of our brewery’s belief in balance. The soft, well-rounded malt character, light hop profile and crisp finish bring us back around to the familiar tastes of classic, thirst-quenching beer. A perfect session beer, we recommend Full Circle with fish, grilled vegetables, grilled sausages, and just about anything else served on a patio.”
At 4.9 abv, you can watch the game with a few of these and still referee better than the officials this year. 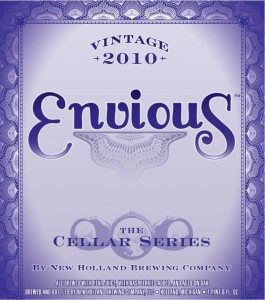 New Holland is one of the breweries that I needed to sample or visit or both. That was before the cellar series. Now it is moving up the list.