Guinness and their Open Gate Brewery in Maryland will finally be sending a beer across the US. And that beer is Over The Moon Milk Stout. The third recipe that the brewery brewed. It is a 5.3% ABV milk stout. is the brewery’s first nationally sold beer since opening to the public a little over a year ago.

Not in a too much lactose way, but in a positive way because of new Guinness – Baltimore cans of… 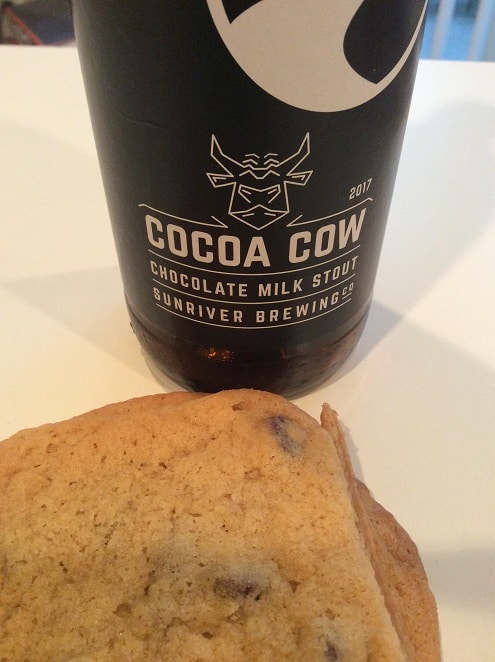 Every once in awhile you get a bottle that you wish, in hindsight, you bought more than one. This Sunriver beer is such a beer. Cocoa Cow is a chocolate lovers dream. It is all milk chocolate. Good milk chocolate. Belgian stuff. The texture is smooth. There is a hint of bitter but it is a complete fusion of chocolate milk and beer. I almost wanted to drop mini marshmallows in it. I made do and had a chocolate chip cookie with it. 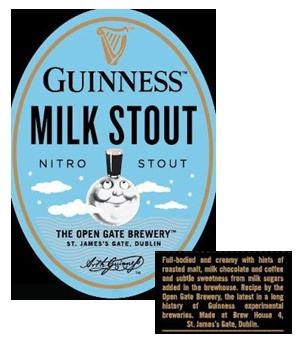 The humble Milk Stout is not one of those beer styles that people decide that they are going to mass produce, it might get trotted out as a seasonal or get imperialized for an anniversary ale, so to see Guinness bring one out as part of their extension (and in cans no less) is heartening to see.

If you are in the market for a less popular style, then the newest offering from Smog City might be up your alley. 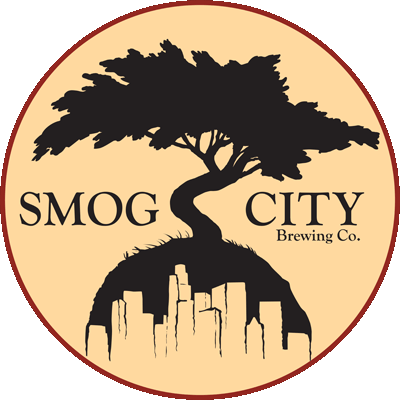 Leche Oscura is a milk stout which the brewery newsletter describes as the “perfect transitional beer for the seasons.” I concur with that. It will fill you up but not warm you up. That touch of sweetness blends right into fall.

So, when Left Hand Brewing came to L.A., I basically bought one of everything.  Intrigued by all the possibilities, was I. One of which is the topic for today. 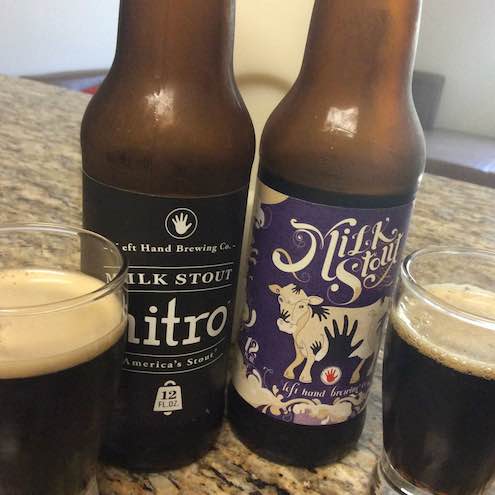 I have only ever had the Nitro, so to be able to taste test the two was great.  Here are the results

Milk Stout – the label is certainly better with the cow and left hands and Van Gogh-ish font and swirls. Much less of a head than the nitro, which is to be expected but the difference is still stark. This beer is super chocolately to me. Almost pudding like with that level of sweetness. Some burnt edges to it as well.

Nitro Milk Stout – the mouthfeel is so different. Really soft and velvety.  The sweetness is cut a bit so there is less of a milk chocolate taste to it. More whipped cream with chocolate instead. Little more coffee bitterness coming through here as well. And much lighter with a touch of spice that lingers at the end.

It is hard to choose a winner. Both have positives in different arenas but I would settle on the Nitro due to the mouthfeel. It is just more unique and plays up the lactose in the beer. 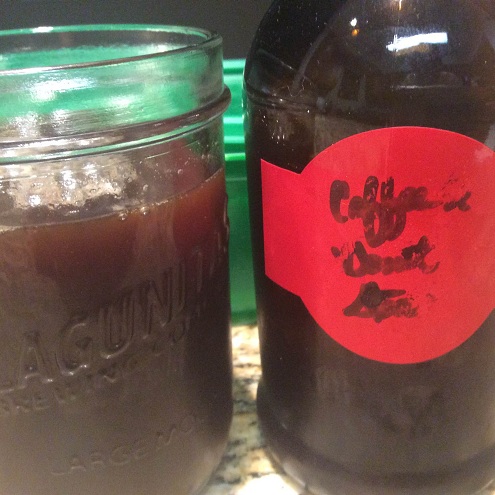 The tour of home brew continues on with the Coffee and Donut Milk Stout. Hopefully it is meant to pair with and not taste like, the name.

This is the murkiest pour of the bunch so far. Brown and black swirls with an espresso head to it. Big pop when the Grolsch top was opened. The initial hit was quite carbonated but it calmed down as it warmed. Bit of a tar taste to this one. Less coffee and donut and more coffee and cigarettes. Not in a disagreeable way though. There is also an undercurrent of sweetness here too.

And that is the one-two combo of this beer. Tar roast and a bit of sweet. Maybe paired with a BBQ or as an after dinner in a snifter beer.

The legend of the traveling dairy tank grows and is now immortalized in milk stout form with the collaboration of Eagle Rock with AleSmith.

As it was explained by the ERB, “Several years ago, AleSmith was kind enough to sell us their old brewhouse when they were upgrading to a new one and it seemed fitting pay homage to these tanks history by brewing a style that employs lactose sugar derived from milk.” 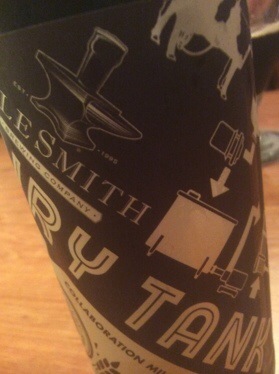 The new collab pours dark with a creamy head to it. Getting a mixture of chocolate and tar that really works together. But beware this does not taste 10% at all. It is a strong one that catches up with you while you are having your next round. It is also very smooth as opposed to lactose sweet. This is not only a pretty beer but a nice sipper. Makes me want more beers from both breweries. 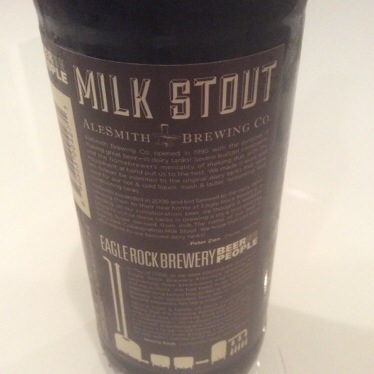 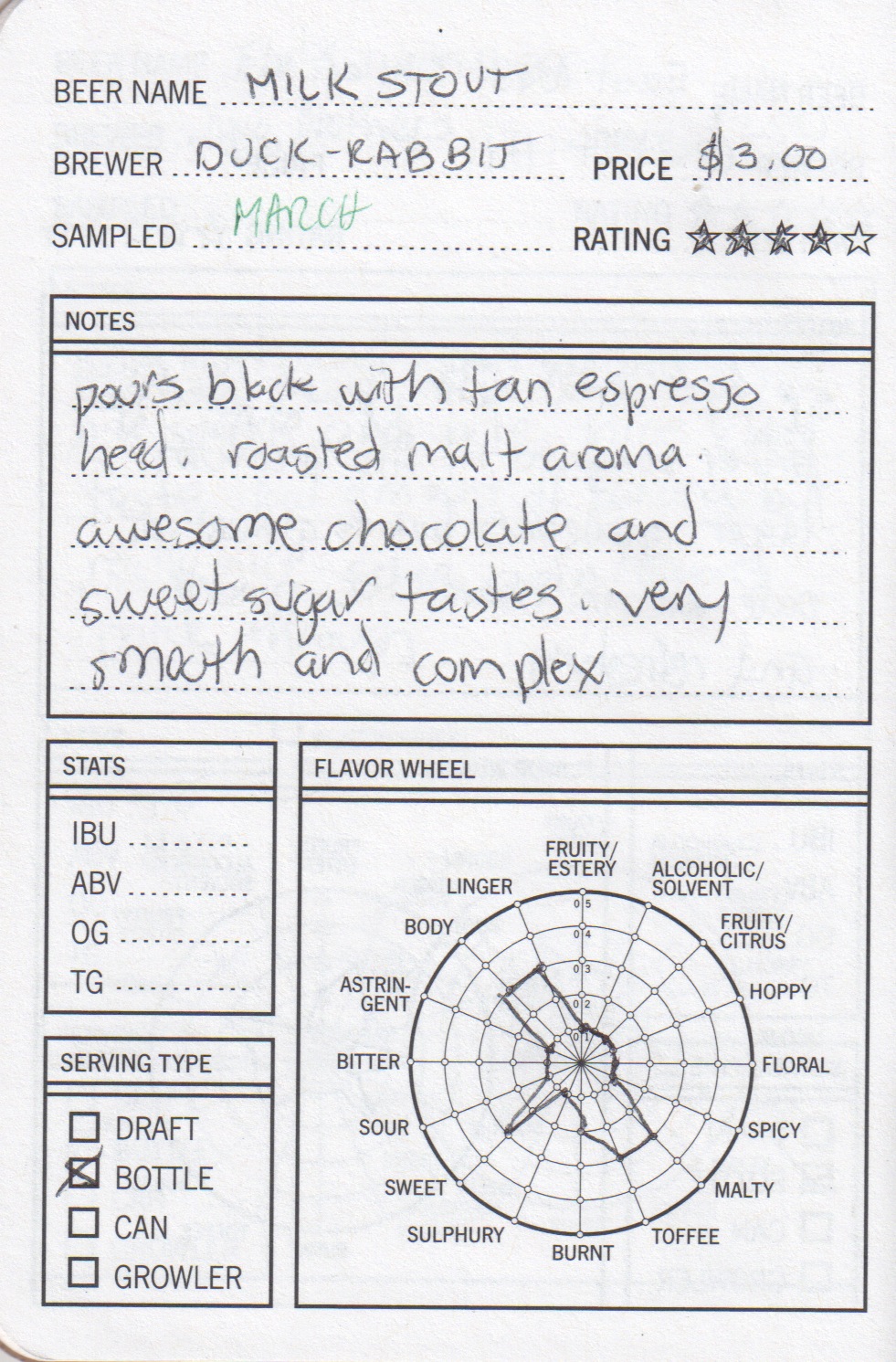 North Carolina is represented by Duck Rabbit Brewery and their Milk Stout.

South Carolina’s entry is Son of a Peach from R.J. Rocker’s 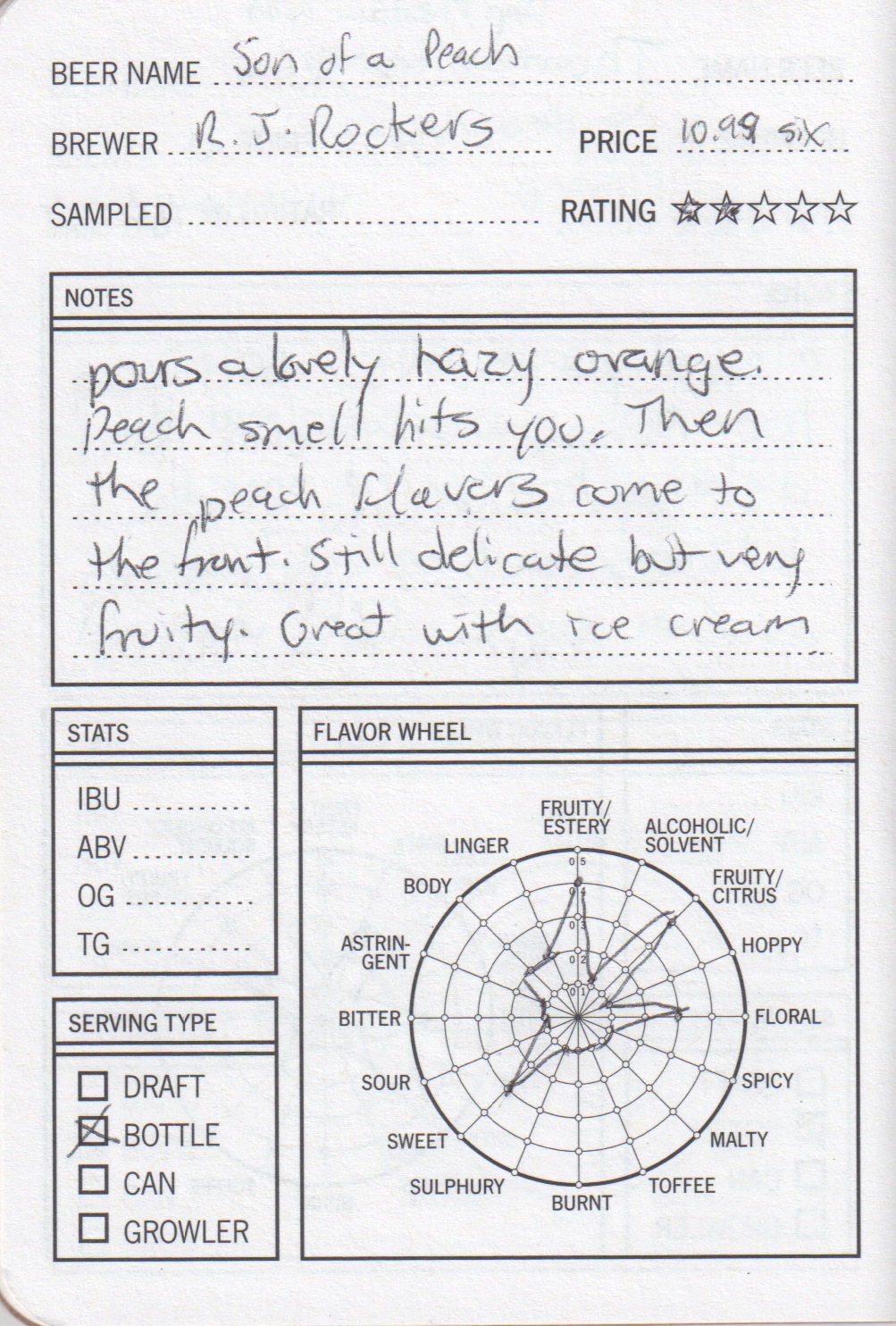