Today, Benny Boy Brewing is launching crowdfunding campaign on (the new to me site) IFundWomen with the goal of raising $50,000 to help launch their brewery this fall. Per the press release, “money raised during this campaign will be used to build out Benny Boy Brewing’s beer & cider garden, a dynamic space under open skies where craft beer, cider and wine unite with innovation, pop-up food vendors and a culture of good times.”

Here is a rundown of what is on offer:

Available exclusively through the crowdfunding campaign is year-one membership ($300) to Benny Boy Brewing’s beer & cider club called “Friends with Bennyfits.” Among other rewards offered as part of the campaign:

Ground has been broken for Benny Boy Brewing…

…and the fingers crossed / everything goes to plan opening date is September. Knowing the City of LA and the then (hopefully) after effects of pandemic times, I would say October or November might be closer.

Either way this freeway adjacent, five lanes of traffic away from the Brewery Blocks brewery and Cidery should be an excellent outdoor spot to re-acclimate oneself to drinking at a new brewery instead of the four-pack and flee method currently in place.

I was Untappd’ing recently when the following notification popped up…. 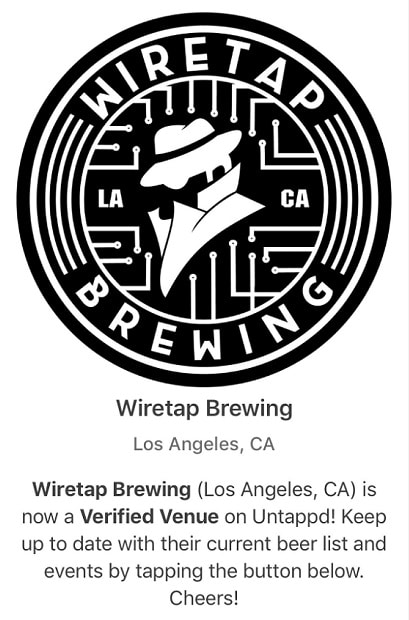 …I had a vague feeling that Wiretap Brewing was in the works but from their website, it appears they are up and have been up and going in Lincoln Heights.

They have Black IPA named NSA which is rare style to see as well as a hybrid Mexican Strong Ale. I haven’t seen any of their beers on draft or in packaging but I will report back after visiting.

Looks like Lincoln Heights is getting a bottle shop & deli in the form of The Heights. Little more information than that can be gleaned as of now.

Google search, Facebook search and the like bring up the same two thin posts from Eater LA and Eastsider. There will be pizza, cheese and craft beer and it is on North Broadway.

When more details emerge, I will let you know if it should be on your beer buying stops. Unless you know readers have the scoop.