College Agriculture programs do the typical hands-on work and even sell some food items, such as cheese or jam but the liquor laws and the fact that a good percentage of college students fall under the 21 year threshold have probably made colleges rightly wary of embracing any type of alcohol.

But that may change if this story.

There is currently an exemption for wine, so if that has not caused harm, then maybe this will allow for more public feedback for aspiring brewers.

The Governer of Virginia, Terry McAuliffe has put a full court press on the bringing craft breweries to his state. Going so far as to put a kegerator in the governor’s mansion? West Coast breweries have noticed and have chosen the state for their base of East Coast operations. One of which was Stone Brewing which went the extra step of having Governor McAuliffe brew a beer at their Richmond brewery.

If you believe politicians, then Stone’s political collaboration stout might be something you vote for, by ordering a pint.

It got me to thinking what brewery should the Governor of California brew with and what style (and what name) should that beer be?

Bullet Train Hazy IPA made with any brewery that would be near the prospective high speed rail line.

Stout of Jefferson for those that want to break the State up. Maybe have Sierra Nevada do that one since they are ‘uge. 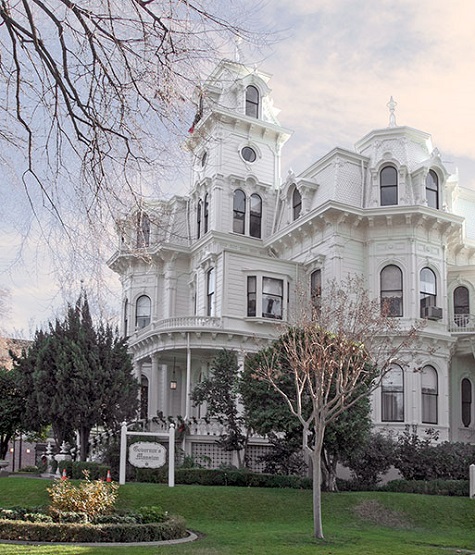 Next question, does Governor Brown have a kegerator?

Along with a statewide ban on plastic bags, California Governor Jerry Brown signed into law an important craft beer bill, AB 2004 which will become the law of the land on New Years Day 2015.

AB 2004 was sponsored by the California Craft Brewers Association and authored by Democratic Assemblymember Wesley Chesbro of Arcata California.  The gist of the law is broken down into two parts:

In essence, this creates two new markets for brewing companies to sell to.  In regards to part two, a brewery could sell their own beer at a private party like a company holiday party or wedding but they could not also provide wine or other taps.  Now they can and this could create an additional stream of revenue to destination breweries.  This is a part of the game that a bigger brewery would be interested in.

The Farmer’s Market portion is something that I have seen in Oregon on a limited scale and I think won’t be huge here but it offers an alternative to those who gypsy/contract brew by creating a tap room of sorts to sell their wares to the public.  I don’t think you will see a big brewery on the Santa Monica promenade but nano’s without a taproom or new brewers to an area might be well served to look into this as an option.

Neither may be game changers but both might just provide a boost of income that helps keep some craft breweries above water.