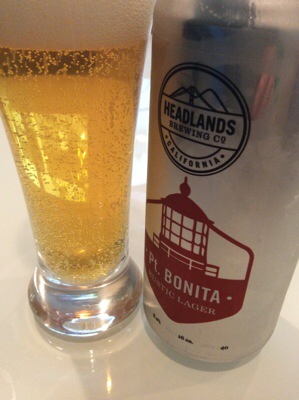 Pt. Bonita a Rustic Lager / Bohemian Pilsner is the second beer that I have had from Headlands Brewing Co. in the Bay Area.  Now I just have to sample their Double IPA, Hill 88 to have had their mainstays of their line-up.

Pt. Bonita pours a very clear yellow with loads of bubbles rising to the top. A slightly sweet bread aroma on the nose. Taste is brusque upfront. A tang of hop bitterness and carbonation that wakes you up. A little viscosity rounds the mouthfeel out. Solid malt taste here. And a little zing of lemon at the tail end.  Quite nice. 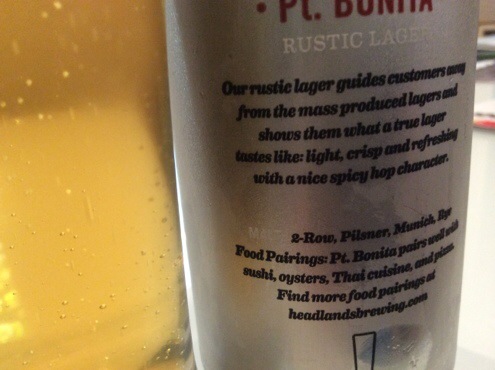