…then I remembered the dates and un-swooned. I bet though that the response might actually prompt cans in the near future from Hair of the Dog. Blue Dot is a darn good, old school DIPA and the (fake) duo to the right sound good in theory too. I don’t doubt that brewmaster Alan Sprints could make all three and make them well.

One of my goals for late 2018 that will bleed over into 2019, is to clear the ol’ beer cellar to a more manageable size. That means, more of this…

I have been holding onto this beer for quite a while now.  Almost opened it on a couple of occasions but I finally broke through and brought it up from the cellar.  With the combined knowledge of Deschutes and Hair of the Dog, my worry about how this was holding up was more allayed than for other beers.  Initially, there is oak and quickly I learn that Collage #1 is still boozy after all these years.

Cherry and spice swirl around in pie formation but settle into the vicinity of a Flanders Red.  For a beer so old, it really tastes bright.  Not viscous or weird at all.  I probably should have sipped this a bit slower to look for more flavor adjectives but my surprise at its durability had me drinking it quicker.

If you are a fan of aggressive behavior and extreme manliness and have a taste for Russian Imperial Stouts then the newest beer from Hair of the Dog, might be for you. Putin is a collaboration with Brouwerij de Molen, where their combined RIS is aged in bourbon barrels.

It will probably command a premium in 12 ounce bottles, as well as way big 1 liter bottles. 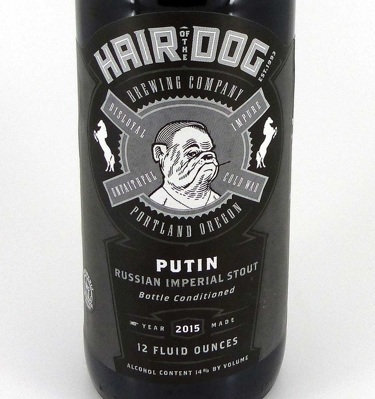 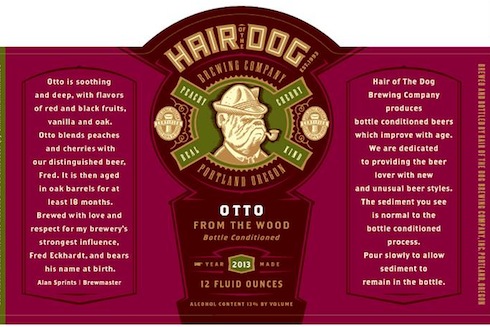 If you have had Fred from Hair of the Dog then you will need to try this companion beer “from the wood” that bears the name of Otto.  And wears the jaunty Germanic hat.  This palindromic twist on Fred is another aged beer from HotD.  And they certainly know how to make them. 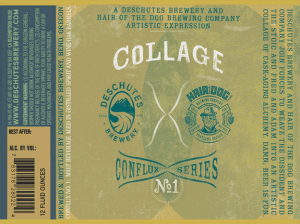 For those of you who were scratching their heads at Conflux # 2. Here is the info on # 1!

“The beer is a blend of two Deschutes beers, The Stoic and The Dissident, as well as two Hair of the Dog beers, Fred and Adam. All four were brewed at Deschutes’ facility in Bend in March of 2010. All four were then aged in a variety of wooden barrels for two years including Rye Whiskey, Cognac, Sherry, Pinot Noir, Bourbon, used American Oak which previously held beer, new American Oak, and new Oregon Oak.” 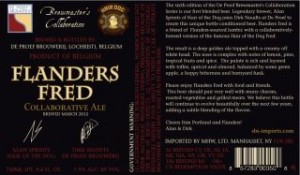 Alan Sprints of Hair of the Dog is embarking on a 2nd collaboration this time with Belgian brewer De Struise Brouwerij and it will carry the now famous Fred name with it.

Now that I have had my Michael ’09 fix sated, (Thanks Mom for the birthday gift) now I can set my sights on this beer (and a few others too)

The Brewery – Hair of the Dog

The Details:
“Doggie Claws is a Barley Wine made in the West Coast style. Big malt and hops make this copper colored ale one of our most popular products. Produced in September and October and released in November, this Beer will improve for years to come.”

All over the country do I tread for the September selections….

….from Texas to the East Coast and then back round to Portland we go. Which website description works the best for you?

I saw this quote from Alan Sprints (who is a great guy) about HOTD floating around and since tomorrow is May, thought it might come in handy

“I will be open this May and will have a tasting room with a small food menu and regular hours. The new space is very close to downtown Portland and will provide Beer lovers with a chance to taste Beers still in the experimental stage.”

For more information and beers check out the Hair of the Dog Brewing Facebook fan site.