There are certain breweries that still plug along but seem to have been passed by beer-wise. BJ’s being one and Gordon Biersch being the other.

So I found myself in Burbank with time to kill before my fantasy football draft and decided to visit again for the first time in years.

Here are my quick notes on the beers from the taster tray:

Overall the place has not changed at all it was busy on a Thursday and not because of how great UCLA was playing. The menu is now tour of styles and not as Germanic leaning as it once was. I really liked the taster flight with bartenders choice it was a fun little extra and the price of $5 is an absolute steal even if the beer isn’t the hippest or adventurous around.  I don’t think that it will be earning a brewery rotation spot but they must be doing something right.

With all of the places that I visit regularly and all the new places that I haven’t gotten to (sorry), I have not had time to visit either BJ’s or Gordon Biersch. But both have added new beer to their line-up. My guess is in the hope of luring some people back into the fold 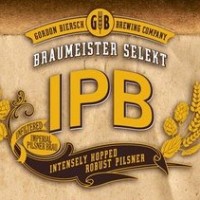 A pilsner that has been imperialized and hopped. Which in my mind, makes it not so much a pilsner but if it tastes good then the naming doesn’t matter. And it looks like it is being sold in the flip-top Grolsch style capper.

BJ’s is also going hoppier with…

ADDENDUM – I sampled the Hop Storm from BJ’s recently and thought it was mid pack IPA wise. Thought it may have tasted and smelled better if they hadn’t served it in a frozen damn glass. Sorry, for the beer geek cussing but that is my dividing line for good beer establishments and not.

Now that the furor has died down over the newly extra corporate Gordon Biersch has cease and desisited Oskar Blues from using the name Gordon, it would be a good time to pick up some cans from the Colorado brewery and toasting to their continued success. 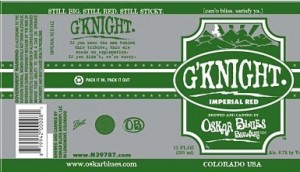 I wish that the GB owners could have worked out a compromise with Oskar Blues. Maybe Gordon in non-GB states and G’Knight in GB states?

End of small rant. (I am now going to hide the Gordon cans I have in case any lawyers come around) 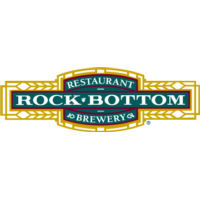 It seems consolidation and ownership changes are once again roiling the craft beer world. Anchor and Anderson Valley change hands and we all hope the quality stays high. But with the merger of Rock Bottom and Gordon Biersch, more complicated concerns arise.

Both Rock Bottom and Gordon Biersch have a place in the craft community. On the outside looking in due to a general disdain for chains from a consumer base that really values individuality. Their beers are absolutely fine (I would take GB’s over RB but that is because I have not been to Rock Bottom in a long, long time) but they are obviously aiming for the mid-range food eater first. Not a bad thing in a world of much crappier beer and TGI Friday’s. But they have chosen to stay in a comfortable place of above average while other breweries have focused on expanding palates and beer culture.

What I will be watching for in the coming year is how they stay separately branded. Do they combine their recipes? Do they make all the beer in San Jose? Because they dilute the beer world when they make GB the same as RB. We aren’t choosing one over the other because of the garlic fries. My hope is that the brewing operations stay separate and maybe expand to allow brewers the chance to experiment and come up with great new beers. Maybe even a new flagship brew will come out of the mind of someone given the opportunity to test and fail.

That is my first worry. That the beers will be the same in both chains. That would not be good. Not good for the brewers working there and not good for the new to beer crowd. Places like GB, RB and BJ’s are great incubators for brewers and customers. This is the front door to the land of beer with flavor and hops and if that door becomes homogenized it is bad for both parties.

I won’t feel much in the short term but I would like more blog readers and more craft beer consumers which would open up beer job opportunities. Both are not helped by gateways that become corporate.

My message to Gordon Biersch and Rock Bottom is to use the strength of the combined companies to create MORE not go into a safe shell.

UPDATE: I finished writing this and after checking a Blazer score read that Van Havig of Portland’s Rock Bottom got sacked for making comments about the merger and consolidation of beer menus. His came with more knowledge of the situation though. It pains me to see a company toss aside a great brewer. Poor form corporate!

UPDATE 2
It appears that the GB / RB owner CraftWorks has begun a defense of both the Gordon and Van Havig situations. First claiming that Oskar Blues was in the wrong for breaching an agreement. Which I can’t comment on since I have not seen the document and am not a lawyer and probably couldn’t read it anyway.

Three issues on their defense of the new, larger company scare me though. They have employed the Merger Defense. You know the drill. Two companies merge and someone in PR says that it is hard to combine two separate companies and that problems can arise. Standard boilerplate stuff to assuage fears. Seems very Dilbert to me

Second they have gone on the attack of some bloggers for reporting what they knew. Very snarkily to me, “Like beer, information is best when it is obtained fresh at its source. So let them chatter all they want…” That is poor form. Comment on the post. Blog your side but don’t passive-aggressive bloggers.

Third, they say don’t take it out on our talented brewers as if it was “our duty” to keep their business afloat. “I implore you to keep on open mind about what “Craft Beer” is and who defines it. We have 68 hard working brewers whose livelihoods and families depend on the wisdom of beer connoisseurs…”. Sounds like someone wrote this while still stewing about previous posts.

All in all, seems a little too defensive to me.