This announcement is a fantastic building block to creating a base of great brewers who can then go out and become brewery owners and creating a virtuous cycle that we need.

Two more screen shots to get some history and extra information… 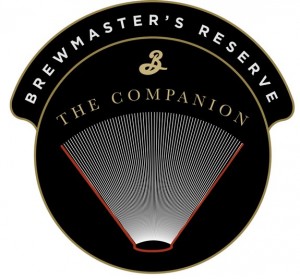 There are beers to pair with record labels, Elysian with Loser fro Sub-Pop. There are beers brewed for city beer weeks. But this is the first beer made to pair with a book. But then it is Garrett Oliver the renaissance man of the beer world. Read on for more from Brooklyn Brewing….

“For the past four years, brewmaster Garrett Oliver has been working on a massive project. It’s the ultimate beer collaboration, but it’s not a beer. Published this September by Oxford University Press, it’s The Oxford Companion to Beer, the most comprehensive book on beer ever published, featuring 160 experts covering more than 1,100 subjects. It’s a momentous thing, so Garrett (Editor-in-Chief), Horst Dornbusch (Associate Editor, writer, scholar, man-about-town) and Thomas Kraus-Weyermann (writer and master maltster) hatched a plan. Together, they brewed our next Brewmaster’s Reserve beer, called The Companion.

Thomas created special new floor malts for The Companion, which is brewed in an old style called ‘wheat wine,’ a wheat-based equivalent to barley wine. The floor malts give this beer a juicy malt character of considerable depth, 55% malted wheat gives it a surprising lightness on the palate, while our house ale yeast lends a gentle fruitiness. The Oxford Companion will impart knowledge, while The Companion imparts conviviality. Maybe you really can have it all?”

I wonder how many people will read the book whilst drinking the beer? 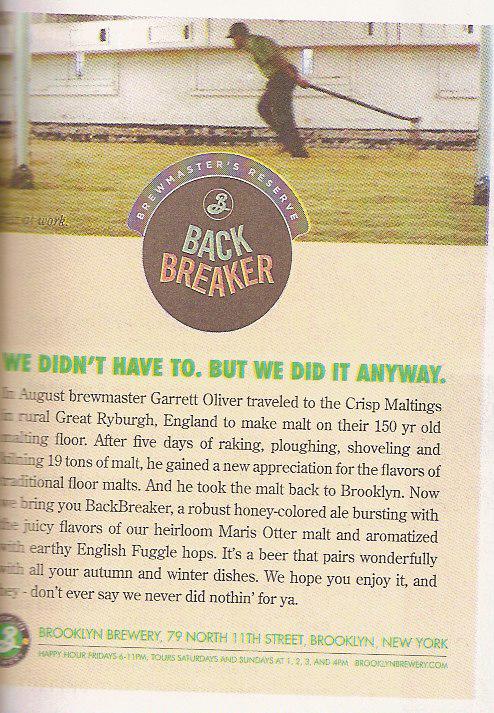 First they came out with Cuvee de Cardoz which I had at GABF, then the Manhattan Project which I still need to taste and now Backbreaker. My Brooklyn list is getting longer.

These two books are musts for any beer library.  You had better have a beer library or at least one book by Michael Jackson.  Beer School is a great business accented account of how the Brooklyn Brewery was born and nurtured to where it is today.  Very interesting on the intricacies of selling beer and creating a entreprenurial mind set.

To cover the beer and food pairing phenomenon, you have to read The Brewmaster’s Table.  It is an excellent guide to food and beer.  If you don’t learn something new, then you are the one true beer geek god.

I visited this wonderful Williamsburg brewery in May of ’08.  Another great story of a guy with a dream and here they are in 2009 as one of the top 40 breweries in the country.  Pennant Pilsner is great but my favorite is the Local 1.  You should check out their book, “Beer School.”