…”The brewers got a little extra creative for this month’s firkin, hope you all will get a chance to try it! Take unhopped Saison Rue wort, add wormwood, sage, rosemary, and yarrow and voila! Do It To It Gruit. Each of these unique ingredients was at one time thought to have its own use in traditional medicine to help one reach a higher plane. We don’t know if they were wrong or right, but it sure is fun to experiment!”

The mad scientists in Placentia seem to be going all out. Gruit is a great and seldom seen style (though us crazy Americans are re-claiming it). I have a German version as well as Upright Brewing’s take and both were delicious and refreshing. Who knows how the Bruery version will compare? They are in a place all of their own.

Today (for no particular reason) is beer shop day. Since my dream job would be running a small craft beer store, I love highlighting places that sell a great assortment of beer.

First up is Hi-Time in Orange County, California. 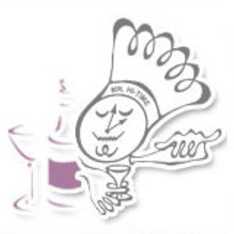 Be sure to enter in the beer area or you might get lost amongst the wine and spirits. They have a large selection of nicely chilled craft brews. Nice amount of Sierra Nevada, foreign beers and even more than just the Just Outstanding IPA from Kern River!

Looks like my adopted state of California ran away with 45 medals in Chicago and my home state of Oregon was 2nd with 13. With the Trailblazers beating the Lakers yesterday, I think we are even. 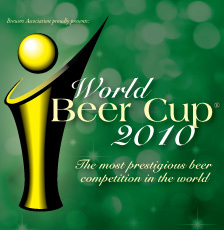 Another beer bar is hitting the LA scene! And this time in Burbank.

Here are some of the highlights from their press release: There’s a new “Tony” in charge – Tony Yanow – who announced today plans to gently revamp the bar and restaurant, greatly enhance the beer selection and ramp up the menu. With beer, wine, and soft drinks on tap, this will be the city’s first “bottle-less” bar. The new and improved Tony’s Darts Away will be unveiled in mid-April 2010.

A dedicated beer enthusiast, and first-time restaurateur, Yanow will offer over 30 California craft beers in addition to California red and white wine and sodas – all on tap. He has designed the food and beverage component of the restaurant to create as close to a “no waste bar” as he can get. Meaning no bottled beer, no bottled soft drinks, and no bottled wine. Sticking to his motto, “Bringing the fine beers of California to the fine people of Los Angeles,” Yanow has tramped across California – from the Oregon border to the Mexico border – to source the best craft beers the state has to offer. About half the beers on the list will be fixed while a selection of seasonal and limited edition beers will rotate on the other taps. To encourage trial, Yanow will offer flights of beer, plus friendly and knowledgeable bartenders will guide customers to find their new favorite brew. Served in specialty glassware to maximize the experience, an “Honest Pint” will be priced at $4.50 for most brews.

Why only beer (and wine) from California? “Three reasons,” explains Yanow, “First, the quality and freshness of local beer can’t be beat. By offering only California beer, we’re able to serve beer the way the brewer wants it served – not something that was shipped across the country and passed through many hands. Second, I think it’s important for California businesses to support each other; we’re all in this economy together and it’s never been more important to support the small guy and buy local to help employ people in our community. Finally, the environmental impact – or carbon footprint – of shipping beer, nationally and internationally. I’m working hard to keep our ‘beer miles’ as low as can be.”

To eat, there will be a selection of locally sourced artisan sausages which are made with California meats plus four vegan sausages and a variety of toppings. The sausages will be served on a bun from a local bakery or a bed of organic lettuce. There will also be fried foods to snack on in addition to a selection of California cheeses. A few composed salads round-out the straightforward menu that is designed to complement beer, of course.

The space, which has remained largely untouched since the restaurant first opened in the 1960s will keep its divey feel and be refreshed with minimal cosmetic upgrades – most of the changes will happen behind the bar with the installation of the integrated beer tap system. There will be a “beer library” featuring books on the subject from Yanow’s own collection. Locals who have been regulars for decades will have a wall of homage featuring their photos, (plus a personal locked-in beer price). True to its name, Tony’s Darts Away will have dart boards for friendly games.
Tony’s Darts Away is located at 1710 W Magnolia Blvd, Burbank, CA 91506. The bar will be open Monday through Saturday from 11am to 2am and Sunday from 9am to 1am. Phone, 818-253-1710.

P.S. I interviewed Tony Yanow and I will post information from that talk as we get closer to their grand opening.

Since my parents are more into wine than beer, I am relieved to find places that serve both and serve both well. The Ojai Beverage Company is such a place. 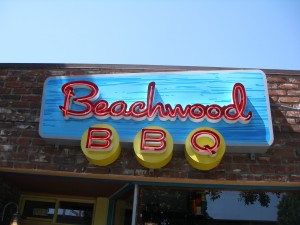 For their 3rd anniversary the fine folks at Beachwood BBQ are throwing a Holiday beer fest!!

“Find Your Balance“. You can do that at 50 50 Brewing. They have Belgian inspired beers as well as the usual pale and IPA culprits like this beer that I recently had..
Rockslide IPA
If being in one of the coldest places in the US isn’t extreme enough, the contents of this beer may very well redefine your commitment to the pursuit of hops. Rockslide IPA is brewed in the ‘West Coast’ style with aggressive amounts of American hops such as Amarillo, Centennial and Summit hops. You are greeted with a full frontal assault of citrus/grapefruit/pine hop character, followed up with malt to balance the mouthfeel. This beer is all about hops.

This is a great guide to who is making and who is pouring in Southern California and Nevada. A quality resource for the beer traveler.