Brewyard Beer Co. in my ‘hood of Glendale has a new Belgian treat that would unwise to pass up…

Jacqui C. Smith and her artwork return to Brewyard Beer cans with Beautiful Skin. Imperial Brown Lager doesn’t ring a style bell with me but part of the proceeds goes to the Glendale YWCA so that is a great thing.

2 pieces of news from Glendale’s Brewyard Beer Co.
1. COMING THIS SUMMER – They will be expanding their experimental lineup with the addition of a few more taps to our wall.
2. COMING THIS MONTH – Expect to see a new 16oz crowler machine up and running.

There will be music and an art installation and even a climbing wall but what is most significant for the Glendale – Open Arts Music will be the….

Might make for a great explore Glendale day. Or you could condo comparison shop, we have a lot of those.

My first visit to Glendale’s Brewyard was for an interview sans beer. Now, I can say that I know more since I have been back and tasted the tap offerings in their Western Avene tap room. 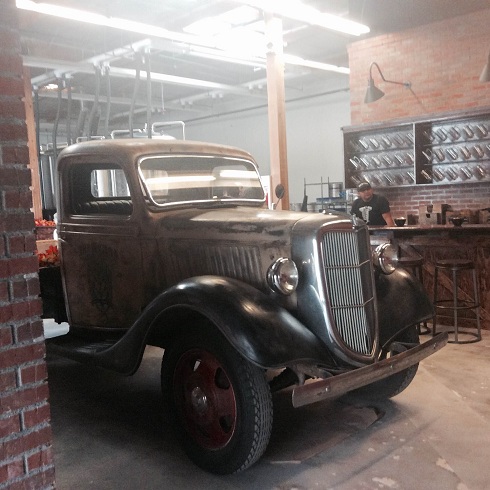 You walk into the industrial space underneath the Western Avenue overpass and you immediately see a design theme.  I had a similar feeling when walking into Phantom Carriage.  In the case of Brewyard, it is a prohibition old-time feel to it with the centerpiece being an old truck with a flat-bed that can be used as a central gathering place.  The brick makes the space comfy as well as make the bathroom almost look like a jail building from a western. 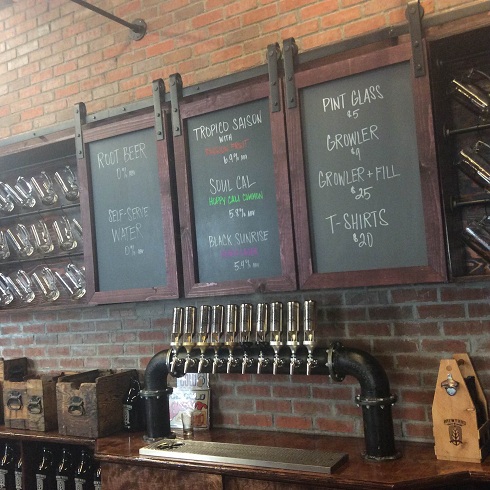 Three beers were on tap covering a wide swath of styles.  I started with the Soul Cal, a hoppy California Common.  It had a nice earthy bitterness to it and like all the other beers was easy to drink.  My second beer was my favorite the Black Sunrise dark lager had a lovely malt taste, was light and very thirst-quenching.  Nothing fancy.  Last on the docket was the Tropico Saison, named for a long ago neighborhood in Glendale.  This Saison was full of passionfruit.  The aroma had a green/young fruit nose to it which faded into a really fruit forward beer.  In time, with a lighter fruit touch, I could see this being a fan favorite.  An IPL was also in the works but not quite ready.  Oh, and root beer was on tap too.  Yup, they made their own. 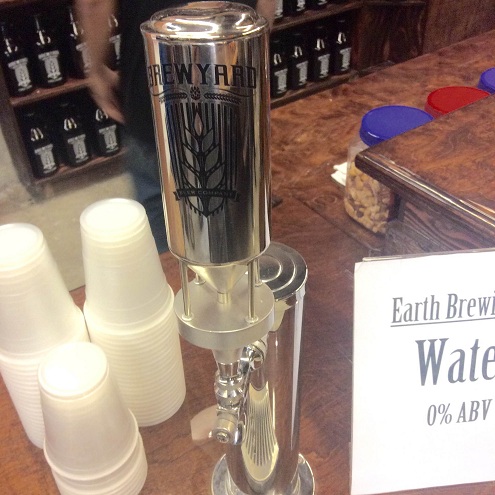 You never really know if a new brewery will be good.  My initial hope is that the beers are better than just OK.  It is disheartening to see a brewery start below that and know that they have a lot of work to dial in a recipe.  That is not the case here.  To have a really good beer and two that with tweaks could rise quickly is where you want to be. 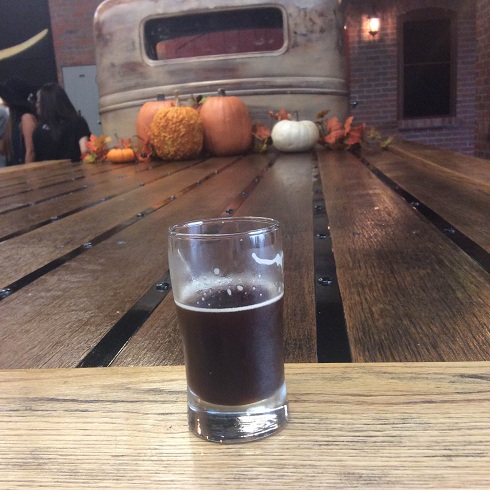