The next Boomtown Hazy IPA art label was made with international artist Mikael B. from Copenhagen.  According to the brewery he uses “art historical references from Baroque to Cubism, expressed in an utterly contemporary fashion with spray paint.” The can evokes holographic designs, and inside tasting notes of cherimoya, honeydew and apricot. The beer launches tomorrow at their DTLA brewery taproom.

Boomtown Brewery continues their Hazy series and this time it is dangerous as in LA Fashion company Kid Dangerous. If you like their fashion then the four-pack ($18), or tap versions should be just your type of risk.

Per the press release, the Hazy “will be full of delectable summer flavors like pineapples, ripe mango, and nectarines. Clocking in at a weighty 8.2%”.

I fought my way through the Ciclavia to Angel City for the first (of what may become annual) DTLA United Festivals. 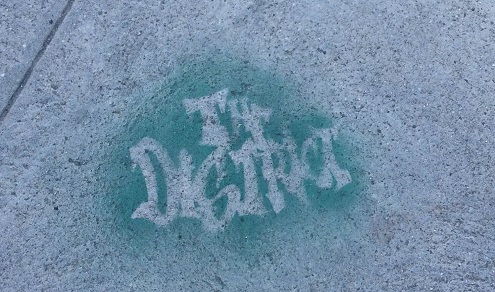 Here are a few photos and my quick thoughts on the event…..
DTLA Fest 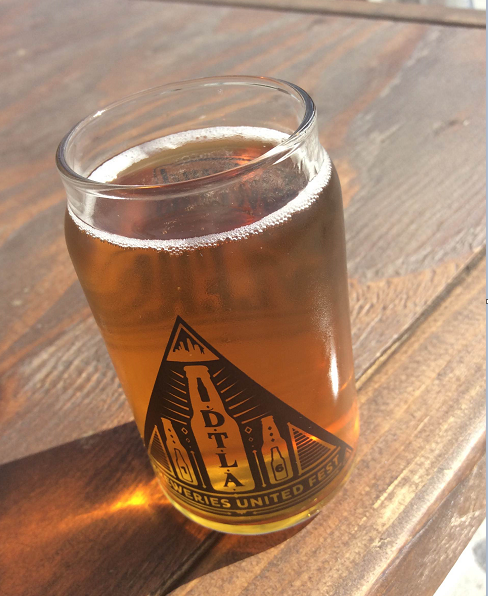 I knew that this was a small festival but it was literally just the corner lot where the Farmer’s Market normally congregates in the Arts District. There were no lines to get in. Only 150 tickets were sold. Plenty of elbow room and you could talk with the brewers for minutes on end without interruption. 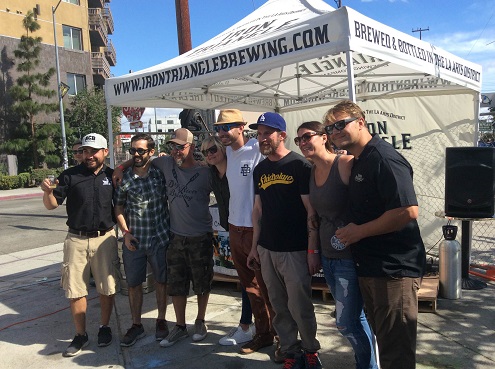 Onto the beers that struck my fancy. Cowboy Curtis from Arts District (the silver medal winner from GABF) was a finely balanced hit of smoke and chocolate. By far the best beer on the day and that I have had from ADBC. Second for me was Llorona from Dry River. Described as a dark sour which it was in flavor if not color. Indie Brewing had a lacto version of the 7th Street Saison that was wonderfully dry and quite earthy.

The two beers from Mumford Brewing, well, I was expecting more. The Pantsuit Saison was a bit rough and abrasive and the DTLA IPA was not to the heights that past hop offerings from them have been. 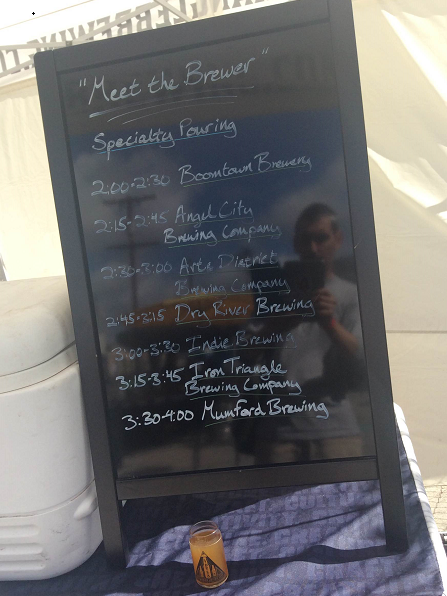 Not only was their craft beer flowing, there were two emissaries from the land of spirits. Greenbar Distilling and the Spirit Guild were pouring as well. Spirit Guild makes their Vapid Vodka and Astral Pacific Gin from Clementine oranges which added a citric tint to both. Greenbar was pouring their foray into hops with their hop liquer. 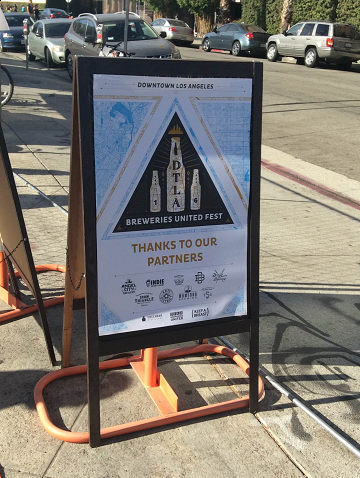 Because the fest was so tiny, there wasn’t much to take issue with. There was a good variety of beer, there were special pours throughout the afternoon. Water was readily available, as were restrooms. Everyone was in a great mood and you could almost (if you were ambitious) try everything that was being tapped before hopping onto public transport. 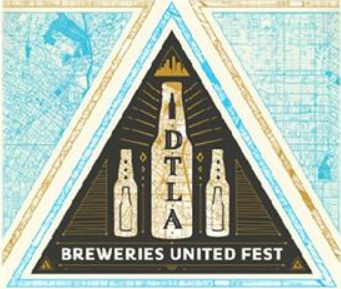 If you missed the first two DTLA Beer Hop Shuttle days, well now you have the opportunity to sample beer from each and every of the 7 DTLA breweries in 1 spot. In case you need the full list: Mumford, Arts District, Iron Triangle, Boomtown, Indie, Dry River & Angel City

And it will go 100% to the Keep a Breast charity. Plus you can brag that you went to the 1st ever DTLA United Festival.

$45.oo will get you in to select from limited edition and specialty beers as well as other “local libations” such as spirits, juice and coffe plus food trucks too. Mark October 16th on your calendar.

Last night was the night for Downtown LA beer to shine. L.A. Beer Hop was shuttling from Boomtown in the North East to Iron Triangle in the South and each brewery in between. 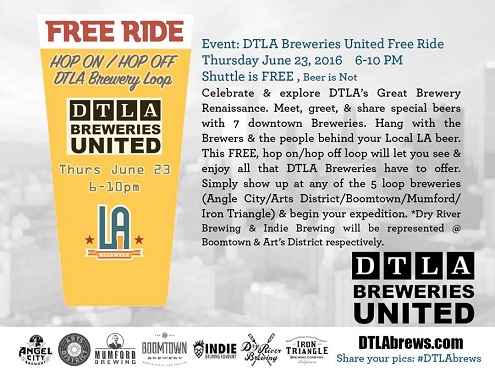 I did not stop at each and everyone but I did get a few pints and here is the report from the LABW8 evening…. 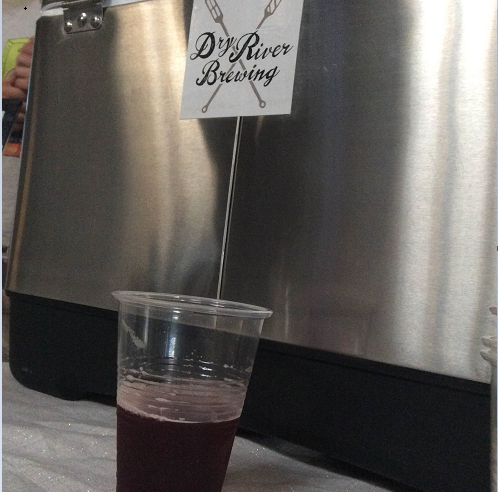 Thank God for ½ pours and tasters. A long night stretched ahead starting at Boomtown where Dry River was the guest and where I started my beer ordering with their Cigana Brett IPA. It had a strong does of bitterness which was cut by heavy horse blanket notes. This was old school Brett. Then I moved on to the the other beer on offer, Lady Roja. The first of two red/pink beers that I would have on the evening. It had a lot of pie spice notes and heavy hibiscus but neither was too overbearing.

Then it was over to the Boomtown side of the room to try their Aliso – Belgian Strong Dark. This beer was right on point for me. Nice hit of Candi sugar, bit of bitterness, and it had good strength to it. Probably my favorite of the night. Then it was on the bus to…. 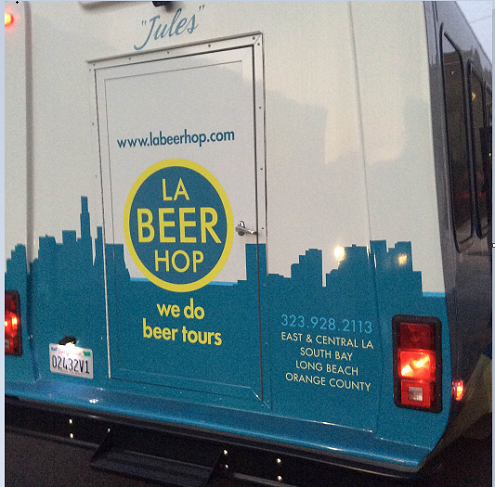 Iron Triangle where I picked up a pair of new hoppy samplers starting with the Sluice Gate IPA. Nice. Probably a notch above the vast swath of IPA’s that are just fine. It had good body and aroma and I paired it with the Jawbone Black IPA. Which to me was not so hoppy. More on the dark malt side of the equation. There was a lurking grapefruit flavor in the back but that didn’t match well with the malt to me. I also had a few sips of the Socially Awkward Berliner. There is an initial burst but then the tart fades too quickly. Left with wheat notes.

Then the next stop was…. 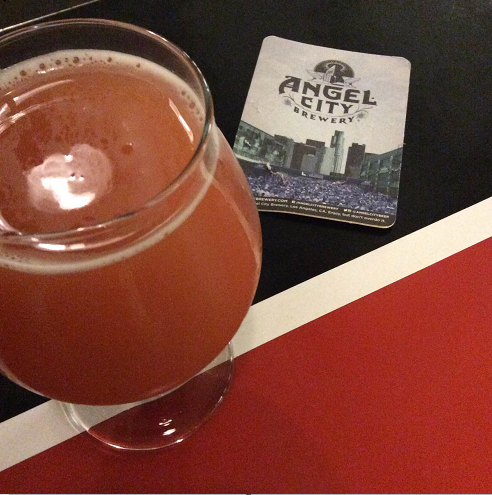 …Angel City to try the premier of their Strawberry Gose. First off, strawberries are hard to add to beer. This is probably one of the better attempts at utilizing the berry. Now is it a gose? No. But there was a huge aroma and it was very tart and very cloudy pink. It worked for me.

Overall, this was a great way to get people to enjoy the beers at the breweries. There was a couple of things to add for next year. The buses stopped at 10pm and Mumford closed up shop around that time. Each of the LA Beer Hop buses should have had that fact displayed to help people plan. My group was left without a bus at Iron Triangle and had to get back to the center of action via alternate methods. Had we known the closing times, we could have planned our time more effectively. My second thought was that information about the breweries in DTLA could have been on the bus to pass out to. If the goal of the night is to get people to try new breweries, then a little bit of info might be a good sales pitch.

I just wish there had been more time to sneak in one more brewery before the clock struck last call.